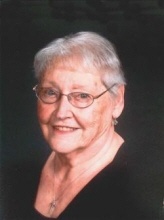 Visitation with the family present will be from
5:00 7:00pm on Tuesday, December 13, 2016
at the First Christian Reformed Church in Sheldon, Iowa.

CONGREGATIONAL HYMNS
It Is Well With My Soul
Amazing Grace
Organist: Von Bolkema

FINAL RESTING PLACE
East Lawn Cemetery
Sheldon, Iowa
After todays service, relatives and friends are invited to join
the family in the Fellowship Hall of the Church for lunch.

Memorials can be given to:
The Christian Education Institution of choice, Bethany Christian Services,
Ingham Lutheran Bible Camp

ELEANOR J. KLEINWOLTERINK
Eleanor Joan Kleinwolterink, the daughter of John and Elsie (Lubbers) Landhuis was born on April 24, 1932 in Boyden, Iowa. She attended school in Boyden and graduated from Boyden High School, she went on to receive her teaching certificate from Northwestern Academy in Orange City, Iowa. Eleanor was united in marriage to Willis Dale Kleinwolterink on July 29, 1953 at the First Reformed Church in Boyden, Iowa. After their marriage, Eleanor followed Willis when he joined the service and she taught in North Carolina. WhenWillis was discharged from the service they moved back to the family farm near Sheldon, where she was a teacher in area schools, including Archer, Sheldon and Sanborn Public and Christian Schools. She also taught Cognitive Skills to individuals with brain-injuries for many years at Village Northwest Unlimited. Eleanor and Willis moved into Sheldon in 1992. Willis preceded her in death on March 18, 2016. Eleanor then moved into Fieldcrest to make her home, she passed away on Friday, December 9, 2016 at the Sanford Sheldon Senior Care in Sheldon, Iowa reaching the age of 84years, 7 months and 15 days.
She was a member of First Christian Reformed Church in Sheldon and served several years as Senior Counselor for the Calvinettes (GEMS) program. She volunteered for the Treasure Chest (Village Northwest Unlimited) as well as other organizations. She was a gifted cook, an avid recipe collector, enjoyed knitting, reading, quilting, crocheting, and going out to eat on Saturday nights. She enjoyed watching or listening to the basketball and volleyball games of the University of Iowa, Dordt College, Western and Unity Christian High schools.
Left to cherish her memory are her children and spouses, James and Judith Kleinwolterink of Sheldon, IA; Jayne and Donald Pfaffenbach of Wallingford, IA; Timothy and Michele Kleinwolterink of Sioux Falls, SD; 6 grandchildren, Jenna (Lee) Stover, Jori Kleinwolterink and Brad Stevens, Jordyn (Nicole) Kleinwolterink; Kira Brandt, Kyle Brandt; Eric Kleinwolterink; 2 great-grandchildren, Jace and Lincoln; a sister, Harriet and her husband, Wilfred Cleveringa of Sioux Center, IA; a sister-in-law, Arlene Dykstra of Sanborn, and brother-in-law Harry Dykstra and his wife Beverly of Rock Valley and other relatives and friends.
She was preceded in death by her husband, Willis; her parents, and brothers and sisters-in-law, Ray and Joyce Vander Broek, Hessel Dykstra, and Delores Dykstra.

For I know the plans I have for you, declares the Lord, "plans to prosper you and not to harm you, plans to give you hope and a future.
Jeremiah 29:11
To order memorial trees or send flowers to the family in memory of Eleanor J. Kleinwolterink, please visit our flower store.