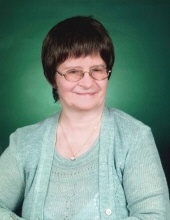 Ella Mae Maier
Paullina, Iowa
The Maier Family will be having an intimate gathering for Ella Mae Maier, age 85, of Paullina, Iowa who passed away on Tuesday, March 24, 2020 at Orange City Area Health in Orange City, Iowa. Private Family Visitation will be Saturday, April 4, 2020 at the Eldridge Family Funeral Home in Paullina, Iowa.
A Private Family Graveside Service will be Saturday, April 4, 2020 at the Prairie View Cemetery in Paullina, Iowa.
Due to state and federal guidance on gatherings due to the COVID-19 pandemic, the family will not be having a public memorial at this time.
The Maier Family appreciates your Love and Support. Online condolences are sincerely appreciated.
Arrangements are pending at the Eldridge Family Funeral Home in Paullina.
Online condolences can be sent to eldridgefamilyfuneralhomes.com
ELLA MAE MAIER

Ella Mae Maier, the daughter of Charles and Hulda (Hesse) Hodges was born February 3, 1935 in Shell Rock, Iowa. She received her education in Marble Rock, Iowa and graduated from Marble Rock High School. On March 31, 1963, she was united in marriage to Bruce F. Maier at the Little Brown Church in Nashua, Iowa. Bruce was already in the Army at the time, so the couple first lived in Japan. After his discharge the couple returned to Iowa. The couple spent some time in Canada, where Bruce was involved in the first McDonald’s in Winnipeg. The couple returned to Greene, Iowa and in 1970 moved their family to Paullina, Iowa. Bruce operated Maier’s Barber Shop and Ella Mae raised her family and in later years baby sat for the Schnoes and the Aberson families. When Bruce retired in 2003, so did Ella Mae. The couple’s retirement years were spent in Paullina. Bruce preceded her in death on March 21, 2006 in Orange City, Iowa. Ella Mae remained in the family home and passed away on Tuesday, March 24, 2020 at the Orange City Area Health System reaching the age of 85 years, one month and twenty-three days.
She was a member of the First Presbyterian Church in Paullina. She enjoyed spending time with her family especially her grandchildren. She also enjoyed reading and watching NASCAR on television.
Ella Mae leaves to cherish her memory her children; sons, Gary (Karrie) Maier of Fairmont, Minnesota; Douglas Maier of Paullina, Iowa; daughter, Vickie (Nathan) Peacock of Fairland, Oklahoma; also six grandchildren, two step grandchildren and three great grandchildren, a sister, Doris in Arizona and a brother-in-law, Leonard Brockhaus; also other relatives and friends.
She was preceded in death by her husband, Bruce, parents, a brother, Dale and a sister, Carol.
To order memorial trees or send flowers to the family in memory of EllaMae Maier, please visit our flower store.