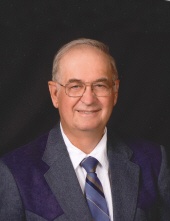 Elmer Fred Karley Jr., age 88, of Sheldon, Iowa, passed away on Sunday, March 7, 2021 at the MercyOne Medical Center in Sioux City, Iowa. His Funeral Service will be 1:00pm on Thursday, March 11, 2021 at St. Paul Lutheran Church in Sheldon with Rev. Dan Baker ~ officiating.

Burial will be at St. Paul Lutheran Cemetery in Sheldon with Military Honors conducted by the McGlothlen – Cowie Post #145 of the Sheldon American Legion.

Elmer Fred Karley Jr. the son of Elmer F. Sr. and Dorothy (Cooper) Karley was born November 21, 1932 in Merrill, Iowa. He was raised in the Merrill and Hinton, Iowa area where he received his education and graduated from the Hinton High School in 1951. While he was in high school, he worked at a stable training horses. He joined the United States Army and served from 1953-1955. On October 20, 1953 he was united in marriage to Marilyn Lorraine Onken at the St. John Lutheran Church in Merrill, Iowa. After his discharge, the couple lived in Sioux City where Elmer worked for the Sioux City Foundry. He attended the National Business College in Sioux City graduating in 1962. In 1965, they moved to Sheldon and Elmer worked Pest Control and Parker Livestock Sales, he also farmed and raised cattle and Quarter Horses. Elmer retired in in 2000 but kept active helping local farmers with their field and harvest work. He passed away at MercyOne Medical Center in Sioux City, Iowa Sunday, March 7, 2021 reaching the age of 88 years 3 months and 14 days.
He was a member of the St. Paul Lutheran Church in Sheldon and had served the church council, while in Sioux City had taught Sunday school. He was also a member of the Sheldon Noon Kiwanis, the Sheldon Saddle Club, he enjoyed Square Dancing and loved horses and his dog, Abbie.
Elmer leaves to cherish his wife of over 67 years, Marilyn of Sheldon, Iowa; their children Bryan (Marci) Karley of Spencer, Iowa and Kathy (Gary) Brooks of Pahrump, Nevada; 2 grandchildren, Keri Campolong and Kassandra (Jeff) Dunn; and a great grandson, Jameson; 5 brothers and sisters, Doris Barrett of Longmont, Colorado; Marilyn Semple of Sioux City, Iowa; Larry “Pal” (Carol) Karley of Rapid City, South Dakota; Lamont (Janis) Karley of South Dakota; Konnie (Duane) Wolff of Sioux City, Iowa; and other relatives and friends.
He was preceded in death by his parents, Elmer F. Sr. and Dorothy Karley, a daughter Becky Karley; and 2 sisters and a brother-in-law, Delores (Wally) Held-Weimar and Barbara Olson.
To order memorial trees or send flowers to the family in memory of Elmer Fred Karley Jr., please visit our flower store.