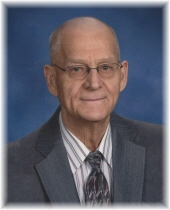 Elmer Kenneth Kreykes, age 94, of Sheldon, Iowa, passed away on Sunday, November 4, 2018 at Sanford Sheldon Care Center in Sheldon. Memorial Services will be Thursday, November 8, 2018 at 11:00 A.M. at the First Christian Reformed Church in Sheldon. Rev. Luke Wynja officiating. Graveside Services will be Thursday at 10:00 A.M. at East Lawn Cemetery in Sheldon, prior to the Memorial Service. Visitation will be Wednesday, November 7, from 3:00 to 8:00 P.M. with the family present from 6:00 to 8:00 P.M. at the Andringa Funeral Home Sheldon Funeral Service in Sheldon. In Lue of Flowers, the family appreciates memorials directed to Sheldon Hospice. Elmer Kenneth Kreykes was born on June 2, 1924 in Sheldon, Iowa. He was the son of Fred and Marge (Roetman) Kreykes. He lived his youth on a farm in rural Sheldon and attended the Sheldon Christian Grade School. Elmer joined the United States Army on January 4, 1944 at the age of 20. He was promoted to Corporal as a waist gunner in a B-17 Flying Fortress unit of the 15th Air Force. After his promotion to staff sergeant, he received awards for meritorious achievement while participating as an aerial photographer-gunner when flying combat missions out of Italy. Elmer received his honorable discharge from the Army on November 9, 1945. He was united in marriage to June Wallinga of Sheldon, Iowa on January 15, 1946 in Sheldon. They lived and farmed northeast of Sheldon for 39 years. In 1984, they moved to Sheldon and wintered in Texas for 20 years. Elmer and June spent ten years together at the Christian Retirement Home. June passed away on June 21, 2012. Elmer was a member of the First Christian Reformed Church in Sheldon where he had served as an elder and deacon. Elmer enjoyed golfing, fishing and wood carving. When he was in Texas he was very involved in the church they attended and helped in the community with missions, collecting and distributing food and light carpentry work. Elmer and June had a special love they shared. Elmer had a heart for his family, neighbors, helping people, and the church. His sense of humor was enjoyed by many. He passed away on Sunday, November 4, 2018 at Sanford Sheldon Care Center in Sheldon. Those left to cherish his memories are 3 sons and daughters-in-law, Dennis and Doris Kreykes of Sheldon, IA, Keith and Bernice Kreykes of Sheldon, IA, Rick and Barbara Kreykes of Sioux Center, IA; 11 grandchildren, 2 step grandchildren; 16 great-grandchildren, 7 step great-grandchildren; one sister, Marjorie Dykstra of Sheldon, IA; and sister-in-law, Lois Kreykes of Sheldon, IA. He was preceded in death by his wife of 66 years, June Kreykes; daughter-in-law, Pamela Kreykes; grandson, Ethan Nyangamoi; his parents; 3 brothers, John and wife Della Kreykes, Gerald Kreykes, Frank and wife Annabell Kreykes; and brother-in-law, Jerold Dykstra. In Loving Memory Of Elmer Kreykes Born: June 2, 1924 Passed Away: November 4, 2018 Age: 94 years, 5 months and 2 days MEMORIAL SERVICE Thursday, November 8, 2018 at 11:00 A.M. First Christian Reformed Church, Sheldon, Iowa Family Prayer Service at 10:45 A.M. OFFICIATING Rev. Luke Wynja MUSIC Organist: Yvonne Bolkema Congregational Songs Processional: "When Peace, Like a River" During the service: "Under His Wings" Closing: "In Christ Alone" CASKET BEARERS Brett Kreykes Kyle Kreykes Ryan Kreykes Joel Kreykes Aaron Kreykes David Kreykes Luke Kreykes Micah Kreykes Dan Kreykes INTERMENT 10:00 A.M. East Lawn Cemetery, Sheldon, Iowa MILITARY HONORS American Legion 145 and VFW, Sheldon, Iowa Following the Memorial Service, the family invites all for fellowship and lunch at the church. ARRANGEMENTS BY Andringa Funeral Home Sheldon Funeral Service Larry R. Andringa, Funeral Director

To order memorial trees or send flowers to the family in memory of Elmer Kreykes, please visit our flower store.