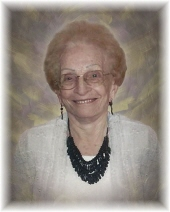 Emma Jean Wynia, age 91, of Sheldon, Iowa, passed away on Saturday, July 27, 2019 at Sanford Medical Center in Sioux Falls, South Dakota. Funeral Services will be Thursday, August 1, 2019 at 11:00 A.M. at the Andringa Funeral Home Sheldon Funeral Service in Sheldon. Pastor Zac Patke officiating. Burial to follow at East Lawn Cemetery in Sheldon. Visitation will be Wednesday, July 31, from 2:00 to 7:30 P.M. with the family present from 6:00 to 7:30 P.M. at the Andringa Funeral Home Sheldon Funeral Service in Sheldon. Emma Jean Wynia was born on December 5, 1927 in Bee Branch, Arkansas. She was the daughter of Andrew and Lillian (Ray) Johnson. She lived her youth in Bee Branch where she attended school and graduated from Southside High School in 1946. She was united in marriage to Darrell Thomason of England, Arkansas on June 9, 1947 in Benton, Arkansas. Darrell was in the military and they lived in many places around Europe and the United States and retired in Killeen, Texas in 1967. Darrell passed away on March 2, 1984. Jean then moved to Sheldon, Iowa to be closer to her daughter, Elaine. She was united in marriage to Cornie Wynia of Sibley, Iowa on November 10, 1990. They lived in Sibley and were members of the Christian Reformed Church. They enjoyed traveling to nearly all 50 states together. Cornie passed away on July 13, 1996. Jean moved to Sheldon and later lived at the Christian Retirement Home. She attended Calvary Baptist Church. Jean enjoyed many trips with friends to theater productions and concerts. She also loved reading and spending time with her family. By her exemplary life, she leaves a legacy of kindness, generosity, adventurous spirit and pluck. She blessed her family with southern cooking, pecan pies and sweet tea. She passed away on Saturday, July 27, 2019 at Sanford Medical Center in Sioux Falls, South Dakota. Those left to cherish her memories are her daughter and son-in-law, Elaine and Dennis Getting of George, IA; 5 grandchildren, 8 great-grandchildren and one great-great-grandchild; her step-children, Cliff and Karen Wynia, Jerrold and Ronda Wynia, Donna and Rich Heuseveldt, Joanne and Ron Hesselink, Ruth and Dr. Bernie Van Hul; 19 grandchildren, 37 great-grandchildren and one great-great-grandchild. She was preceded in death by her husbands, Darrell Thomason and Cornie Wynia; one daughter, Mary Jo and her husband, Mark Wike; her parents; 4 brothers and 2 sisters. In Loving Memory Of Emma Jean Wynia Born: December 5, 1927 Passed Away: July 27, 2019 Age: 91 years, 7 months and 22 days FUNERAL SERVICE Thursday, August 1, 2019 at 11:00 A.M. Andringa Funeral Home Sheldon Funeral Service OFFICIATING Rev. Zac Patke MUSIC Keyboardist: Sue Techen Special Music by Jessica Williams Song: "God on the Mountain" Congregational Songs "It Is Well with My Soul" "Blessed Assurance" CASKET BEARERS Kennan Getting Austin Pohl Andrew Pohl Daniel Heuseveldt William Wynia Jonathan Wynia INTERMENT East Lawn Cemetery, Sheldon, Iowa ARRANGEMENTS BY Andringa Funeral Home Sheldon Funeral Service Larry R. Andringa, Funeral Director

To order memorial trees or send flowers to the family in memory of Emma Jean Wynia, please visit our flower store.