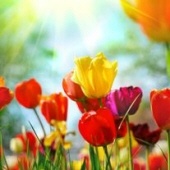 Evelyn Dekkenga, age 96, of Sheldon, Iowa, passed away on Thursday, July 5, 2018 at Sanford Sheldon Medical Center in Sheldon. Funeral Services will be Monday, July 9, 2018 at 10:30 A.M. at the Andringa Funeral Home Sheldon Funeral Service in Sheldon. Rev. Kevin Gingerich officiating. Burial to follow at East Lawn Cemetery in Sheldon. Visitation will be Monday, from 9:00 A.M. to 10:15 A.M. prior to the funeral service at the Andringa Funeral Home Sheldon Funeral Service in Sheldon. Evelyn Dekkenga was born on September 6, 1921 in Round Lake, Minnesota. She was the daughter of Herman and Effie (Erkes) Tammes. She lived her youth in rural Round Lake, Minnesota and Sheldon, Iowa, attending school in Sheldon. She was united in marriage to Cornelius "Case" Dekkenga of Matlock, Iowa on November 10, 1942 in Sheldon while Case was on furlough from the United States Army. They moved to El Paso, Texas. Case went overseas from 1943 to 1945. Evelyn moved back to Sheldon. When Case was discharged from the army, they lived and farmed in Sheldon until they moved to Bettendorf, Iowa, where Case worked for New Idea. He retired in 1984 and they moved back to Sheldon. Evelyn and Case enjoyed fishing in Minnesota and gardening. Evelyn was a devoted wife. Case passed away on March 22, 2010. Evelyn will be remembered as a person who knew how to enjoy life. She was a member of the United Methodist Church in Sheldon. She passed away on Thursday, July 5, 2018 at Sanford Sheldon Medical Center in Sheldon. She is survived by many nieces and nephews. In Loving Memory Of Evelyn Dekkenga Born: September 6, 1921 Passed Away: July 5, 2018 Age: 96 years, 9 months and 29 days FUNERAL SERVICE Monday, July 9, 2018 at 10:30 A.M. Andringa Funeral Home Sheldon Funeral Service OFFICIATING Rev. Kevin Gingerich MUSIC Keyboardist: Janice Martin Songs: "In the Garden" "God Will Take Care of You" CASKET BEARERS Art Andringa Terry Andringa Larry Andringa Elliot Hammond Marc Tammes INTERMENT East Lawn Cemetery Sheldon, Iowa ARRANGEMENTS BY Andringa Funeral Home Sheldon Funeral Service Larry R. Andringa, Funeral Director

To order memorial trees or send flowers to the family in memory of Evelyn Dekkenga, please visit our flower store.