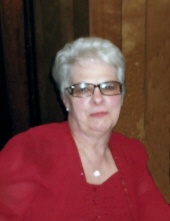 SPECIAL MUSIC
Sung by: Madison Yenny
MUSIC
“It Will Be Worth It All”
Sung by: Boyden Quartet
“If You Could See Me Now”
Sung by: Marilyn Maurer
CONGREGATIONAL HYMNS
Song Leader: Tim Mauldin
“Great Is Thy Faithfulness”
“When We All Get To Heaven”
Pianist: Mary Jo Huls

Gaye Ruby Kammerer passed away on June 30, 2019 at her residence in Primghar. Gaye was the daughter of Hugo and Minnie (Petersen) Schnack. She was born on September 23, 1941 in Gretna, Nebraska. Gaye lived on a farm near Gretna, Nebraska with her parents and one brother, Wes. In the late 50’s her dad sold the farm and bought a track of land in Gretna, where he built many homes. They moved into town. Gaye graduated from Gretna in 1959 and worked in Omaha for Blue Cross. She was united in marriage to Jerry Van Winkle, to this union two children were born, Steven and Shelly. Gaye and Jerry moved to Lincoln, Nebraska where she worked for a local newspaper and later for Bankers Life Insurance. Gaye and Jerry were later divorced. Gaye moved to St. Maries, Idaho and worked for the local newspaper. She moved to Primghar and worked for the O’Brien County Bell and the United Church of Primghar. She married Roger Kammerer in 2009. Gaye and Roger lived happily in Primghar for ten years until her passing.
Gaye is survived by her husband, Roger; two children, Steve and his wife Cheryl Van Winkle and Shelly Felix; Roger’s children, Sharon, Roger Jr., Gerald and Terrance; grandchildren, Madison (Quade) Yenny, Baylee Van Winkle, Hayden Van Winkle, Ryan (Kayla) Felix, Logan Felix, Dylan Felix and Calvan Felix; four great grandchildren; brother, Wes (Barb) Schnack; nieces; nephews and friends.
To order memorial trees or send flowers to the family in memory of Gaye Kammerer, please visit our flower store.