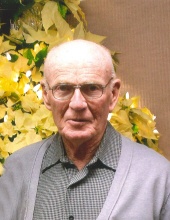 George E. Blankers
Archer, Iowa
George E. Blankers, age 83, of Archer who passed away on Tuesday, November 3, 2020 at Sanford Senior Care in Sheldon. His funeral service will be 10:30 A.M. on Saturday, November 7, 2020 at Archer Reformed Church with Pastor Matthew Lee ~ officiating.
Burial will be at Gilman Township Cemetery in Ashton.
Visitation with family present will be from 5 – 7 P.M. on Friday, November 6, 2020 at Archer Reformed Church.
Masks will be required for both the visitation and the service. Social distancing guidelines will be followed as well.
The service will be live streamed on the Eldridge/Vander Ploeg Funeral Homes Facebook page as well as the Archer Reformed Church YouTube page.
Arrangements are under the care of the Vander Ploeg Funeral Home in Sheldon.
Online condolences may be sent to www.vanderploegfunerals.com

GEORGE E. BLANKERS
George Edward Blankers, the son of Laurens and Mattie (Peelen) Blankers was born on March 28, 1937 at the family farm, rural Archer, Iowa. He received his education from the Archer Consolidated school, graduating in 1955. After graduation he began his lifelong career working on the family farm. On June 15, 1959, he was united in marriage to LaVonne Jean Sterler at the Ashton Presbyterian Church. After their marriage they moved on the family farm. In December of 2019, George moved to Sanford Senior Care. He passed away there on Tuesday, November 3, 2020 reaching the age of 83 years, 7 months, and 5 days.
George was an active member of Archer Reformed Church where he was on the consistory, taught Sunday School and sang with the Archer Gospel Quartet. He served on the Archer Co-op Elevator Board as well as the Sheldon Co-op Gas Board. He was a founding member and EMT of the Archer Ambulance Team and was a member of the Prairie Queen Kiwanis. He collected model tractors and trucks. He enjoyed reading and going fishing with the fishing club, his sons, and grandsons.
Left to cherish his memory are his wife of 61 years, LaVonne; their four children, Joel Todd (Lisa) Blankers of Sioux Falls, South Dakota, Susan Beth Blankers of Orange City, Iowa, Debra Ann (Anthony) Haning of Sheldon and Timothy Dean (Beth) Blankers of Milford, Iowa; four grandsons, Vance Blankers, Zachary (Joy) Haning, Roy Blankers and Walt Blankers; three brothers, Laurens Arthur Blankers, Robert Blankers and Don (Jane) Blankers; also nieces, nephews, other relatives and friends.
George was preceded in death by his parents, Laurens and Mattie Blankers, parents-in-law, Thomas and Lolla Sterler and Arthur and Robert’s wives, Betty, and Betty Blankers.

Memorials may be directed to either Archer Reformed Church or Prairie Queen Kiwanis.
To order memorial trees or send flowers to the family in memory of George E. Blankers, please visit our flower store.