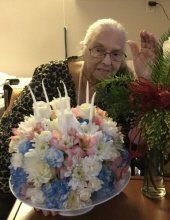 Geraldine “Geri” Hansen
Sioux Falls, South Dakota
Services for Geri Hansen, age 83, of Sioux Falls, South Dakota, formerly of Rock Rapids and Sheldon who passed away on Thursday, January 13, 2022, at Bethany Lutheran Home in Sioux Falls. A celebration of life will be held at 10:30 A.M. on Monday, January 17, 2022, at the Vander Ploeg Funeral Home in Sheldon with Pastor Ken Snyder ~ officiating.
Burial will be at a later date at St. Paul Lutheran Cemetery in Sheldon.
Visitation with family present will be from 9:30 A.M. to service time on Monday, January 17, 2022, at Vander Ploeg Funeral Home in Sheldon.

After today’s service, relatives and friends are invited to join the family at Cook’s Café in Sheldon.

In honor of her brother, Michael Schultz serving in Vietnam and being killed in action and being the recipient of his tags, the family will designate memorials to Sanborn American Legion. Also in lieu of flowers memorials may be sent to Elephant Sanctuary in Tennessee, and Village Northwest in Sheldon.

Geraldine “Geri” Joyce Hansen, the daughter of Kermit and Almo (Sullivan) Schultz was born on December 17, 1938, in Paullina, Iowa. During her childhood the family traveled through Iowa, Minnesota and Indiana and settled in Sanborn, Iowa in 1952 and she graduated from Sanborn High School in 1957. On April 8, 1960, she was united in marriage to Leroy Hansen at St. Paul Lutheran Church in Sheldon. When she was 13, she started working at various places and Moleman Dairy. After they were married, she worked for Montgomery Ward as seasonal help and raised their children. In 1977, Leroy and Geri purchased and ran Floors & More until their retirement in 1997. After her retirement she was an advocate and later direct support staff at Village Northwest. In 2015 the couple moved to Rock Rapids; Leroy preceded Geri in death on February 3, 2017. She remained in Rock Rapids until September of 2021 where she moved to Bethany Lutheran Home in Sioux Falls, South Dakota. Geri passed at Bethany on Thursday, January 13, 2022, reaching the age of 83 years and 26 days.
Geri was a member of St. Paul Lutheran in Sheldon. Working at the Village was a very important part of her life. She enjoyed creative writing and reading and playing Bingo. She was known for her creative stories and her collection of elephants. She enjoyed spending time with her family and loved her children and grandchildren and enjoyed playing with her neighbor kids.
Left to cherish Geri’s memory are one son, Steven Hansen of Sioux Falls, South Dakota; two daughters and their husbands, Shari and Marvin DeBoer of Little Rock, Iowa and Shana and David Beerman of Brandon, South Dakota; grandchildren, Roger (Elana), Eric and Marni (Spenser Kalass) DeBoer and Zack Beermann; brother Mark (Cindy) Schultz; her special families, Lorn (Joan) Wills, Christian “Chris” Bufka; nieces, nephews, other relatives, and friends.
Geri was preceded in death by her parents, husband, Leroy, brother, Michael Schultz, sister, Marlene (Elmer) Johannsen; brothers and sisters-in-law, Lester (Arleen), Robert (Geddy), Lorin (Jane) Hansen and Edna (Rex) Cox.
To order memorial trees or send flowers to the family in memory of Geraldine "Geri" J. Hansen, please visit our flower store.