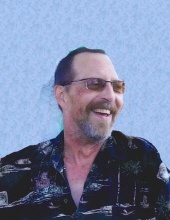 Graig Todd Jacobson was born on August 19, 1963 in Alexandria, Minnesota to Gale E. and Geralyn (Charboneau) Jacobson. He attended school there until his 6th grade at which time he moved with his parents to Sheldon, Iowa. He then attended and graduated from Sheldon High School, he went on to further his education by attending college in Kansas City, Missouri.
Graig had marriages to Karla Zylstra, Rebecca Dykstra and on July 3, 2021, he was united in marriage to Renee Love and they made their home George, Iowa. He worked as a machinist at Demco in Boyden, Iowa. Graig passed away on Thursday, June 16, 2022 at his home in George, Iowa.
Graig was a past member of St. Paul Lutheran Church in Sheldon. He enjoyed riding motorcycles, camping, music, fishing, hunting, shooting, playing pool and had been on several leagues, he also enjoyed fixing things and his cats.
Graig is survived by his wife, Renee of George, Iowa; his son, Eric Jacobson of Sheldon, Iowa and a daughter, Amber Jacobson of Sioux Falls, South Dakota; his father, Gale (Kathy Shatto) Jacobson of Fostoria, Iowa; his mother, Geralyn Burros of Evansville, Minnesota; a sister, Galea Jacobson of Sioux City, Iowa and a brother, Scott Jacobson of Chicago, Illinois and other relatives and friends.


To order memorial trees or send flowers to the family in memory of Graig Todd Jacobson, please visit our flower store.