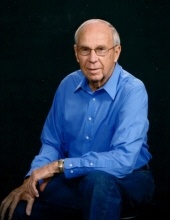 SPECIAL MUSIC
“We Shall Behold Him”
Soloist: Amy Scheaffer
CONGREGATIONAL HYMNS
“Amazing Grace”
“How Great Thou Art”
“When We All Get to Heaven”
Organist: Ingetta Tutje

In lieu of flowers, memorials may be sent to
LOVE Inc or Village Northwest Unlimited.

Arrangements under the care of the
Vander Ploeg Funeral Home
HAROLD JAMES STERK
Harold Sterk, the son of Marinus and Marie Sterk was born in Sheldon, Iowa on January 23, 1933. He received his elementary education in a rural school and graduated from Sheldon High School in 1950. He served in the United States Army for two years, eighteen months of which he served in Germany. While he was in Europe he had an opportunity to get acquainted with some of the Sterk relatives living in the Netherlands. After his discharge from the army with the rank of corporal he began farming the family farm which he later purchased.
On January 19, 1962, Harold married Carol Westra at the Hull First Reformed Church. They lived on the Sterk family farm east of Sheldon where they welcomed their son, Barry. Harold and Carol transitioned to living in Sheldon in 1995, but he continued to help with farm work as long as he was able. He passed the love of the land to his son and grandson who are now the third and fourth generation of Sterks to farm near Sheldon.
Harold was a member of First Reformed Church of Sheldon and on the Consistory of Church. He has served on the Board of Directors of the Farmers Elevator in Sheldon and was also a member of the McGlothlen-Cowie Post #145 American Legion of Sheldon. His family will remember his loving teasing, considerate manner and amazingly content nature.
Harold is survived by his wife, Carol and their son, Barry (Karen) of Sheldon, IA; grandchildren, Kelsey of Phoenix, AZ, Andrew of Granville, IA and Jonathan of Sheldon, IA; two sisters, Henrietta Brinks of Clara City, MN and Corleen Elgersma of Sanborn, IA and a brother, Marion (Nelvina) of Sheldon, IA.
He was preceded in death by his parents, three brothers, Cornelius, Lambert and William and a sister, Ann.

Ever turning seasons, the years sped past
Till the final harvest came at last
Then claimed anew by beloved sod
He was gathered home to be with God.
To order memorial trees or send flowers to the family in memory of Harold James Sterk, please visit our flower store.