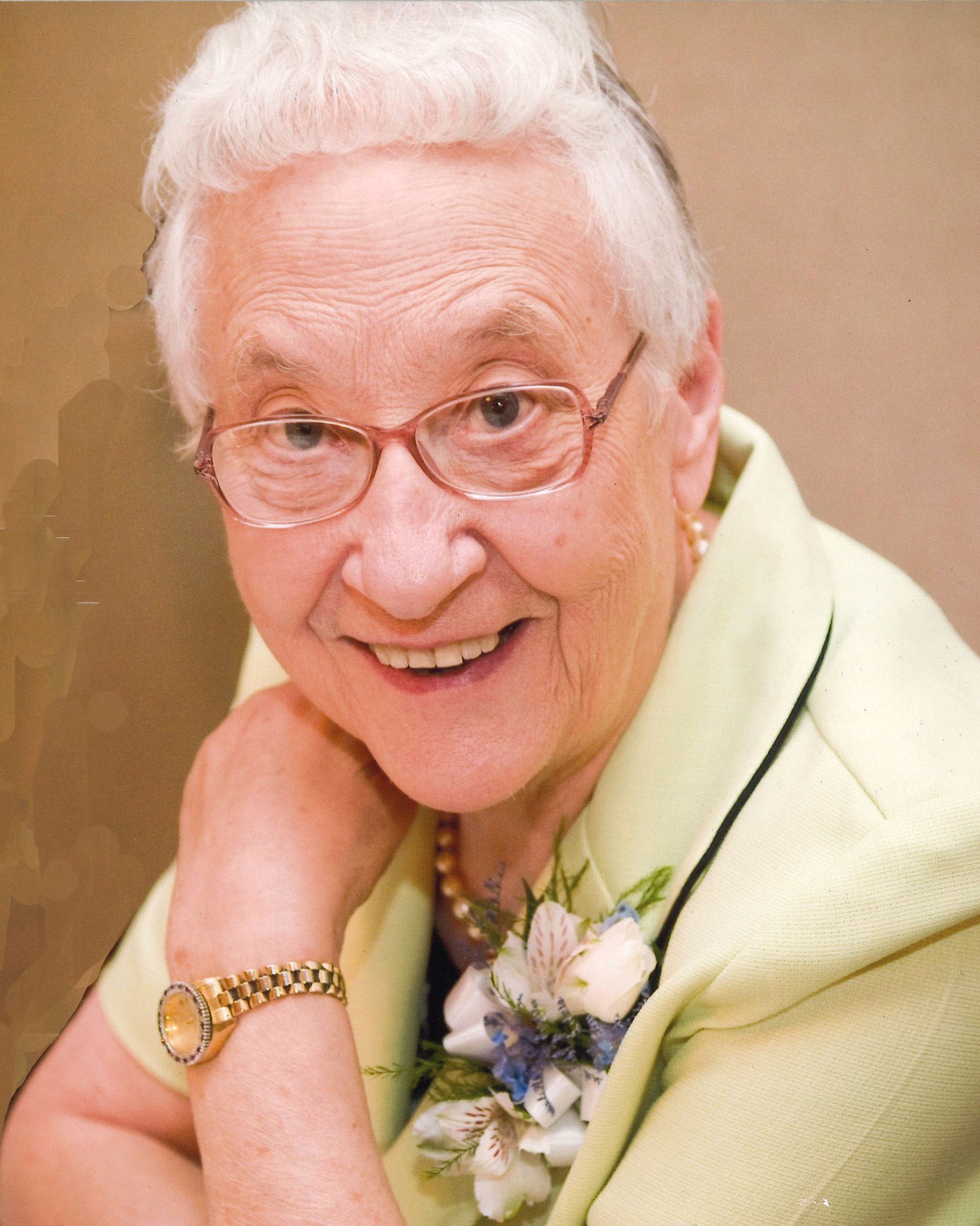 Harriet Stevens, age 94, of Sanborn, Iowa and formerly of Sheldon and Primghar, Iowa passed away on Thursday, November 17, 2022, at Prairie View Home in Sanborn.  Her funeral service will be 10:30 A.M. on Tuesday, November 22, 2022, at the United Church of Primghar in Primghar, Iowa with Rev. Kevin Gingerich and Pastor Mike Cooper ~ officiating.

Burial will be at Pleasant Hill Cemetery in Primghar.

Visitation with the family present will be from 5 – 7 P.M. on Monday, November 21, 2022, at the Eldridge Family Funeral Home in Primghar.

Harriet Hulst Stevens, was born on October 31, 1928, to Herman and Effie Hulst on the family farm outside of Hospers, Iowa. She was the youngest of twelve children. Harriet graduated early from high school and received her teaching certificate before she was 18 years old. She taught in a one room country schoolhouse for a few years.

She married Ronald Merrill Stevens on June 17, 1952. After their marriage, they resided in Cedar Rapids, Iowa for a short time. Eventually they settled in Primghar, Iowa and she lived there until 2010. They had four children: David, Dann, Diann and Donald. She passed away peacefully on Thursday, November 17, 2022 at Prairie View Home in Sanborn, reaching the age of 94 years and seventeen days.

Harriet worked at various jobs before, during and after raising their children. Some of them included substitute teacher, Head Start teacher, Stanley distributor, child care provider, CNA at Primghar hospital, volunteer on the Primghar ambulance team and CNA at Prairie View Home. Harriet was very involved in a number of civic areas, especially the United Church of Primghar circles, Legion Auxiliary, Girl Scouts and school booster clubs. She enjoyed attending all school activities from sports to the arts.  She also very much enjoyed playing cards and board games.

Harriet was preceded in death by her parents, her husband, all 11 siblings and their spouses.

In lieu of flowers, memorial donations can be made to the United Church of Primghar.

To order memorial trees or send flowers to the family in memory of Harriet Stevens, please visit our flower store.