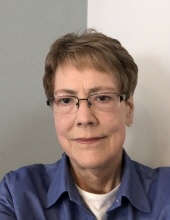 Holli A. Safley
Peterson, Iowa
Services for Holli A. Safley, age 68, of Peterson, Iowa who passed away on Saturday, September 26, 2020 at Avera McKennan Hospital in Sioux Falls, South Dakota. Her funeral service will be at 11:00 A.M. on Friday, October 2, 2020 at InnSpiration Winery in rural Linn Grove, Iowa with Rev. Grant Mangold ~ officiating.
Burial will be at a later date at Prairie View Cemetery in Paullina.
Visitation with family present will be from 10 A.M. until time of service on Friday, October 2, 2020 at the Winery.
The family requests that people bring their own lawn chair and wear a mask with social distancing guidelines being followed.
Arrangements are under the care of the Eldridge Family Funeral Home in Paullina.

MUSIC
Processional: “Hallelujah Chorus” from the Messiah
“How Great Thou Art” hymnal #17
“Amazing Grace” hymnal #343
Rendition by, Michael W. Smith
“Holy, Holy, Holy”
Rendition by, Matthew Safley
All sang by Riverside Evangelical-Free Praise Team
“In the Garden” Sang by, Liz Gregg
and accompanied by husband, David Gregg
“Spring Op. 43, No. 6 by Grieg”
Pianist, Matthew Safley
Recessional: “And the Glory of the Lord” from the Messiah
The Trumpet Should Sound from the Messiah
Prelude and Postlude music by,
Michael W. Smith and Steven Curtis Chapman

CASKET BEARERS
All are couples that are very close friends and relatives that made a huge impact in our lives and represent just a small portion of the much larger circle of influential folks. They are all wonderful mentors who expect excellence out of their pupils, and they foster synergy to help the students reach their musical potential. Educator or not, all are perceiving, wise mentors for their children and the people in their lives. Without them, Holli and Bill would not have happened.

Arrangements are under the care of the
Eldridge Family Funeral Home; Paullina, Iowa.
Holli Ann Ewoldt Safley entered the world to loving parents, Roy and Marilyn (Hedin) Ewoldt, on November 30, 1951. The Ward Memorial Hospital Auxiliary in Primghar, Iowa birthed a soul that would end up influencing thousands of children and adults alike.
Holli grew up in a joyful and devoutly Christian household alongside her older sister, Laurie, and two younger brothers, Bill and David in Paullina, Iowa. Their parents often sent them outdoors to explore, play, and discover all day long. Holli was very active in recreational sports growing up, and she was always the first pick in the local, co-ed baseball games.
Holli attended Paullina Public School and graduated with one of the highest honors, salutatorian, in 1970. She chose Drake University in Des Moines, Iowa as her college of choice. Holli’s musical talents inspired her to major in music education. In her spare time at Drake, she played and excelled in several sports in the women’s clubs (volleyball, basketball, and track and field events), as there were no NCAA sanctioned women’s athletics at that time.
Holli graduated from Drake with distinction in 1974. She began her career at Ackley-Geneva Public School, staunchly teaching middle school music and assistant coaching the girls’ basketball team. During her final year at Ackley-Geneva (1979), the girls’ basketball team triumphantly earned fourth in the state when there was still one class.
While at Ackley-Geneva, Holli was introduced to a veterinarian by her best friend, Cile Beecroft. Several years later on August 4, 1979, she and Dr. Bill Safley exchanged vows and were married in Paullina at First Presbyterian Church. Holli soon moved to Peterson, Iowa where Bill lived. That same fall, Holli began teaching middle school instrumental music in Aurelia, Iowa, and kept her love of sports alive as an assistant coach for girls’ basketball, volleyball and track. Her last year of teaching at Aurelia ended on a high note as the high school jazz band finished 3rd in the state.
Holli took a break from teaching after son Matthew was born in 1985. She returned to teaching middle school music at the South O’Brien School District, which reaped success with all her students at group and solo contests and concerts, and life-long friendships with her colleagues.
In the late 90’s, Holli was recruited to teach middle school music at Storm Lake Public Schools by dear friend and co-music teacher, Frank Hoskins, whose friendship began at South O’Brien. She, along with the faculty of the Storm Lake Public School Music Program, received the highest honor and distinction a music program can receive in the state of Iowa in the early 2000’s.
Holli somehow still managed to find time to play her trumpet at many functions and churches quite often during her life. She continually participated in Summer Community Bands in the Northwest Iowa region, and was a dedicated member of the Cherokee Symphony orchestra.
Holli decided to retire in 2016 after 42 years of teaching. During her time as a retiree, she adjudicated groups in the state and conducted many regional honor bands. She also spent more time on her hobbies, such as reading, enjoying the outdoors, traveling and spending time with her family and friends. After Bill’s retirement in 2018, they fulfilled many of their travel plans by venturing to Yellowstone, the Northeast, the Atlantic Ocean Coast, and even Jamaica.
In January 2019, Holli was diagnosed with lung cancer. Despite time in and out of hospitals and continual ups and downs, she always maintained a bright, gracious temperament. Holli’s last months were unexpectedly filled with significant improvements with her health. With the use of a multitude of doctors, she surpassed what she and her family felt were possible. Unfortunately, her health went downhill rapidly in the middle of September. Holli sadly passed away Saturday, September 26, 2020 at the Avera Medical Center ICU in Sioux Falls, SD.
All the achievements, accolades, very special friends, and relationships Holli knew were the blessings from her relationship with Jesus Christ the Son of God, our Father in Heaven. Holli grew up in a strong church going family and that continued her whole life. With the births of son Matt and daughter Erin, the commitment to be in church learning was made to make sure they knew the importance of having Jesus Christ as their Savior.
Throughout her whole teaching career, the trail she left was admirably unforgettable. She forged an enormous amount of lifelong friendships with fellow teachers and former students. Her lasting impressions on her students will pass far beyond those touched during her years of devoted service to excellence in music education.
Her family will keep her spirit, love, and loyalty close to their hearts for the rest of their days. The memories created with her will will remain far past our lifetimes. She had a beautifully warm soul that radiated so much wisdom, strength, and drive. We will miss her dearly.
She was preceded in death by her parents and all her siblings, Laurie, Bill and David, and many friends and relatives. Holli is survived by her husband Bill, son Matthew, daughter Erin, her husband Michael Drew, several nieces and nephews, Uncle James and Aunt Joanne Ewoldt from St. Louis, MO, and many, many very close friends.
To order memorial trees or send flowers to the family in memory of Holli A. Safley, please visit our flower store.