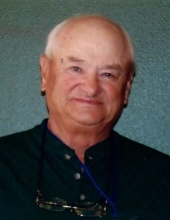 Howard W. Crouse
Paullina, Iowa
Services for Howard W. Crouse, age 80, of Paullina who passed away on Saturday, June 22, 2019 at Sanford Sheldon Medical Center in Sheldon. His memorial service will be held at 4 P.M. on Thursday, June 27, 2019 at Paullina American Legion.
Private family burial will take place at Prairie View Cemetery in Paullina.
Family visitation will be after the service at the Legion until 7 P.M. on Thursday, June 27, 2019.
Arrangements are under the care of the Eldridge Family Funeral Home in Paullina.
In lieu of flowers, memorials may be directed to the family.

Howard W. Crouse
Howard Wesley Crouse, the son of Lester and Agnes (Goodmanson) Crouse was born on February 27, 1939 in Sioux City, Iowa. He attended school in Paullina where he graduated in 1957. After graduation he attended Morningside College in Sioux City. On October 4, 1958, Howard was united in marriage to Carol Faust in Paullina, Iowa. After their marriage they settled in Hawarden where Howard worked in construction. After they moved to Paullina he took over the family dairy farm; which he did until 1994. Howard passed away on Saturday, June 22, 2019 at Sanford Sheldon Medical Center, reaching the age of 80 years, 3 months and 25 days.
Howard was an avid sportsman outdoorsman, loving hunting and trapshooting, snowmobiling, horse shows and coffee with the guys. Howard was very proud of his World War II collection and enjoyed going to gun shows. He enjoyed spending time with family and friends.
Left to cherish Howard’s memory is his wife, Carol of 60 years; children, Debbie and Neil Jurgensen of Sutherland, Iowa, Kim and Steve Lowe of Milford, Iowa and Chris Wallin and Doug Stoermer of Melvin, Iowa; grandchildren, Nichole (Brandon) Mesler, Leah Wallin, Erin Wallin, Dustin Lowe (Tina Langmaid), Jill Jurgensen (Charlie Roseland) and Austin Jurgensen (Hannah Schueder) also other relatives and friends.
Howard was preceded in death by his parents.
To order memorial trees or send flowers to the family in memory of Howard W. Crouse, please visit our flower store.