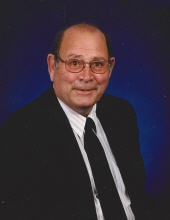 Jacob Dykstra
Sheldon, Iowa
Funeral services for Jacob Dykstra, age 83, of Sheldon formerly of Archer who passed away on Thursday, July 30, 2020 at Sanford Sheldon Medical Center. His funeral service will be 11:00 A.M. on Monday, August 3, 2020 at Archer Reformed Church in Archer, Iowa with Pastor Jeremy Wiersema ~ officiating.
Burial will be at East Lawn Cemetery in Sheldon.
Visitation with family present will be from 2 to 4 P.M. on Sunday, August 2, 2020 at Andringa Funeral Home – Sheldon.
Social distancing guidelines will be in place.

MUSIC
“What A Day That Will Be”
Sung by: Cindy Cleveringa
Accompanist: Alyda Haack

Memorial money will be given to the
Archer Fire Department.


JACOB DYKSTRA
Jacob Dykstra, the son of Dick and Wilma (Andringa) Dykstra was born on November 11, 1936 in Sheldon, IA. He attended country school and later obtained his GED. Jacob married Joan Aberson on August 28, 1962 at the First Reformed Church in Orange City, Iowa. After the couple married, Jake began farming and worked at the Archer Elevator for 32 years. Jake and Joan moved from Archer to the Christian Retirement Home in Sheldon in 2016. Jake passed away on Thursday, July 30, 2020 at Sanford Sheldon Medical Center reaching the age of 83 years, 8 months, and 19 days.
Jake was a devoted member of the Archer Reformed Church where he served as a Sunday school teacher, deacon and elder. He served on the Archer Fire Department for 42 years. He enjoyed fixing things, fishing, and camping with his family.
Left to cherish his memory are his wife of 57 years, Joan of Sheldon, Iowa, three children and their spouses, Debra and Martin Peters of Sheldon, Iowa, Dave and Jen Dykstra of Boyden, Iowa, and Doug and Krista Dykstra of George, Iowa; six grandchildren, Heather (Justin) Moreau, Brady (Brittany) Peters, Maitland Dykstra, Courtney Dykstra, Eli Dykstra and Sean Dykstra; seven great grandchildren, Levi, Landon, Eden, Elle and Lakum Moreau, Chase and Asher Peters; sister, Elizabeth (Glenn) Gesink and sister-in-law, Karen Dykstra; also many nieces and nephews, other relatives and friends.
Jacob was preceded in death by his parents, sisters, Edith (Robert) Swaving and Mary Ann Dykstra and a brother, Rich Dykstra.

Memorial money will be given to the
Archer Fire Department.
To order memorial trees or send flowers to the family in memory of Jacob Dykstra, please visit our flower store.