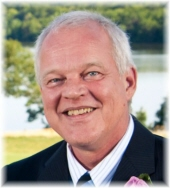 James K. Rud, age 61, of Ashton, Iowa, passed away on Wednesday, July 19, 2017 at Sanford Sheldon Medical Center in Sheldon. He will be cremated and private Memorial Services will be at a later date. James Kevin Rud was born on October 28, 1955 in Clearbrook, Minnesota. He was the son of Kenneth and Ilia (Nelson) Rud. He lived his youth in Rosemount, Minnesota where he attended school and graduated from high school. James received a chemical engineering degree from the University of Minnesota. He was united in marriage to Claire Tinney of Derry City, North Ireland on February 2, 2002 in Derry City. They lived in Elko New Market, Minnesota where James was employed at Seagate Technology as the senior director of engineering for 19 years and worked as a consultant in California. They later moved to Hull and Ashton, Iowa where James worked for Ozone Solutions in Hull, to the present time. James was a very quiet man who enjoyed fishing, reading, watching western movies and reading western books. He was a coach for a trap shooting team at Jefferson High School in Minnesota and enjoyed teaching his family how to shoot shotguns and rifles and hunt pheasants, grouse and deer, with his dogs. James loved to stay busy and enjoyed challenging himself to projects outside his endeavor, such as remodeling. He passed away at Sheldon Sanford Medical Center in Sheldon, Iowa on Wednesday, July 19, 2017. Those left to cherish his memories are his wife, Claire Rud of Ashton, IA; his children, Nicole and husband Kenneth Nelson of Toledo, OH, Michelle and husband Aaron Stelzig of Coon Rapids, MN, Rebecca and husband Jon Peterson of Maple Grove, MN, Alexander Rud and fianc�e Kya Glenn of Grand Forks, ND, Stephen and wife Lynn Redden of Antrin, North Ireland, Stacey and husband Oliver Chambers of Yorkshire, United Kingdom; four grandchildren; his parents, Kenneth and Ilia Rud of Clearbrook, MN; 2 brothers, Duane and wife Caroline Rud of Dexter, MN, Mike Rud of Dubois, WY; sister-in-law, Joy Rud of Cottage Grove, MN. He was preceded in death by his brother, Larry Rud.

To order memorial trees or send flowers to the family in memory of James K. Rud, please visit our flower store.