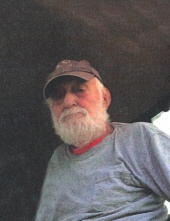 James “Jim” Doorenbos, age 87, of Boyden, Iowa passed away on Sunday, September 12, 2021 at the George Good Samaritan Home in George, Iowa. His funeral service will be at 11:00 A.M. on Thursday, September 16, 2021 at United Presbyterian Church in Boyden with Rev. Andrew Hilla ~ officiating.

Burial with a 10:15 AM graveside service will be Thursday, September 16, 2021 in the Sheridan Township Cemetery in Boyden, with Full Military Honors provided by the William Monster Post 272 of the Boyden American Legion.

Visitation with family present will be from 5:00 – 6:30PM on Wednesday, September 15, 2021 at the Vander Ploeg Funeral Home in Boyden.

FINAL RESTING PLACE
A graveside service will be at 10:15am
on Thursday, September 16, 2021 in the
Sheridan Township Cemetery ~ Boyden, Iowa
With Full Military Honors provided by the William Monster Post 272 of the Boyden American Legion

James “Jim” M. Doorenbos, the son of Jacob and Marguerite (Bomgaars) Doorenbos was born on August 29, 1934 in Boyden, Iowa. He attended the Boyden Public School and graduated from the Boyden High School in 1952. After high school he enlisted in the United States Marine Corp in December 3, 1953, after his enlistment he remained in the United States Navy Reserves. Jim returned home to Boyden where he farmed and raised turkeys with his dad. He was united in marriage to Marlene Baerenwald on August 2, 1968 at St. John Lutheran Church in Boyden, Iowa. They made their home on farm near Boyden where he enjoyed farming, raising corn and beans, cattle and hogs. In 1997, Jim built an Egg Laying facility to add to his chores. Jim passed away on Sunday, September 12, 2021 at the George Good Samaritan Home in George, Iowa reaching the age of 87 years and 14 days.
Jim was a lifelong member of United Presbyterian Church in Boyden. He had served on the Sioux County Rural Water #1 Board, was a member of the William Monster Post 272 of the Boyden American Legion and had won several Pioneer awards for corn yield. Jim played sports while in high school and especially enjoyed basketball, after high school Jim was the pitcher for the Boyden Softball team traveling around Iowa playing in tournaments. Jim had torn down the Boyden Depot and recycled the lumber and the bricks from the old school to put an addition on to his house. He also planted all of the evergreen trees around his home by hand.
Jim leaves to cherish his memories is his wife, Marlene of Boyden; their three sons, Mike Doorenbos of Boyden, Iowa; Scott and his wife, Tara (Walton) Doorenbos of Boyden, Iowa and Ryan Doorenbos of Boyden, Iowa; 5 grandchildren, Brandon, Jocelyn and her husband, Eric De Bruin, Ally, Taelyn and Hudsyn; 3 great-grandchildren, Kasen, Hadley and Tucker; 3 sisters, Harriet and her husband, Richard Giancaspro of Pagosa Springs, Colorado; Shirlee Slaughter of Palm Desert, California; Marliss DeJong of Pittsburg, Missouri; a sister-in-law, Beverly Doorenbos of Rock Rapids, Iowa; also a host of other relatives and friends.
Jim was preceded in death by a grandson, Jesse Eric Doorenbos; his parents, 2 brothers, Ivan “Butch” Doorenbos, John and his wife, Jean Doorenbos and 2 brothers-in-law, Bud Slaughter, Larry De Jong.
To order memorial trees or send flowers to the family in memory of James M Doorenbos, please visit our flower store.