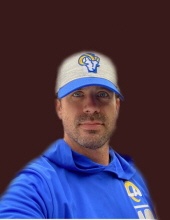 Services for Jim Schueller, age 41, of Los Angeles, formerly of Primghar who passed away on Tuesday, February 8, 2022, at his residence. His memorial mass will be held at 11:00 A.M. on Saturday, February 26, 2022, at St. Anthony’s Catholic Church in Primghar with Father Tim Hogan ~ Officiating.

Burial will be held at a later date at Calvary Cemetery in Primghar.

Visitation will be held after the memorial mass at the Primghar Community Building.


James (Jim) Robert Schueller, the son of Ronald and Dian (Henslick) Schueller was born on December 30, 1980, in Primghar, IA. Jim attended the South O’ Brien Public Schools from kindergarten until he graduated high school in 1999. Jim attended Grinnell College from 1999 through 2003 where he earned his Bachelor of Arts degree in the field of history. While attending Grinnell College he earned varsity letters numerous times in the sports of baseball and football.

After moving from the state of Iowa, Jim spent several years in the Phoenix, AZ metro area before moving to Los Angeles, CA where he called home. Jim spent his life doing what he loved, meeting new people, being a free spirit and working as a professional physical fitness trainer, as well as playing the guitar in several bands (a trait passed down to him from his dad). Jim loved his family dearly, rarely missing a large Schueller family gathering and never missing an opportunity to pass down firsthand knowledge to his two younger brothers.

To order memorial trees or send flowers to the family in memory of James Schueller, please visit our flower store.