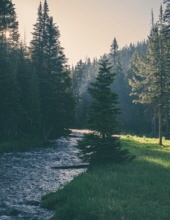 Services for James "Speed" Wagenaar, age 76, of Archer, Iowa who passed away on Monday, April 9, 2018 at Pearl Valley Rehab and Nursing in Primghar. His celebration of life service will be from 2 - 4 P.M. on Sunday, June 10, 2018 at the Eldridge Family Funeral Home in Primghar.


James Michael “Speed” Wagenaar, the son of Michael and Mabel (DeBruyn) Wagenaar was born on December 11, 1941 in Sheldon, Iowa. He attended Archer schools and later graduated from Archer High School. After graduation he attended one year of college. He was a lifetime resident of Archer. Speed was a heavy equipment operator for Fred DeJong and Sons for many years retiring in 2008. He married Mary Ann Buse on June 10, 1989. Jim passed away on Monday, April 9, 2018 at Pearl Valley Rehab and Nursing in Primghar reaching the age of 76 years, 3 months and 28 days.
Speed was a member of the Primghar Golf and Country Club in Primghar and was an avid golfer. He enjoyed golfing, working and visiting with family and friends.
Left to Cherish Jim’s memory is his wife Mary of Archer; children, Melissa Brookfield and Joe Vetter; four brothers, Fred of Cedar Rapids, Kenny and his wife, Dianne of Archer, Jerry and his wife, Renee of Paullina, and Don and his wife, Dee of Archer; four sisters, Marge Langemeyer of Ripon, California, Jackie and Karen Wagenaar of rural Sheldon, Judy and her husband, Bob Kruse of Sheldon, also many nieces, nephews and other relatives and many friends.
He was preceded in death by his parents; brother, Henry Wagenaar; granddaughter, Hunter Brookfield; great-granddaughter, Zoie Brookfield and a sister-in-law, Diane Wagenaar.
To order memorial trees or send flowers to the family in memory of James "Speed" M. Wagenaar, please visit our flower store.