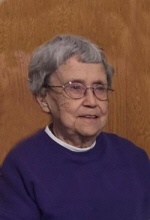 Neal Chase Lumber will be closing all 7 of their locations on Saturday, so that their employees may attend the funeral of Janet Weppler

CONGREGATIONAL HYMNS
Be Not Afraid
Prayer of St. Francis
Blest Are They
You Are Mine
Song of Farewell
On Eagles Wings
Cantor: Tricia Meendering
Pianist: Laura Wagner

Memorials may be directed to
St. Patrick Catholic Church

After the graveside service, relatives and friends are invited to join the family in the fellowship hall of the church for dinner.

JANET L. WEPPLER
Janet Lee Weppler, daughter of Neal and Anna (Gallagher) Chase, was born on November 27, 1936, in Sheldon, Iowa. She attended school in Sheldon, graduating from Sheldon High School in 1954. She then went on to earn her BA in elementary education from Briar Cliff College in Sioux City, Iowa in 1958. Janet taught 1st grade in Worthington, Minnesota and Rapid City, South Dakota. She was married to William Weppler in August of 1960. Together they had 3 children. They later divorced. Janet and her children settled in Sheldon in 1971. Janet worked as an aide for the Sheldon Community School System. In 1973, she became the bookkeeper for Neal Chase Lumber Company. She retired in 2002. Janet was named President of Neal Chase Lumber Company in 1987 and remained in that position until her death. Janet passed away on Sunday, January 29, 2017, at Sanford Sheldon Medical Center, reaching the age of 80 years, 2 months and 2 days.
Janet was an active member of St. Patrick Catholic Church in Sheldon, the Ladies Guild and past member of Catholic Daughters of America. She taught CCD for several years and was a prayer partner for St. Patrick School. She enjoyed traveling with her sister, Mary Ellen, on several different trips, she especially enjoyed their trip to New York City. She was an avid Notre Dame football fan, enjoyed reading and was very proud of her children and grandchildren and all of their accomplishments. Janet worked hard to raise her 3 children, who will be forever grateful for the love, support and sacrifices she made for them.
Those left to cherish Janets memory are her 3 children and their spouses, Jane (Myles) DeBates of Sheldon; Jeff (Linda) Weppler of Sioux Falls, SD and Greg (Julie) Weppler of Sheldon; 7 grandchildren, Sara (Jared) Cox, Michael DeBates; Allison (Joshua) Mueller, Abigail Weppler; Jessica, Joe and Michelle Weppler; 3 great-grandchildren, Landon and Sophie Mueller and Stella Cox; a sister, Mary Ellen Chase of Sheldon; along with other nieces, nephews, relatives and friends.
Janet was preceded in death by her parents, Neal and Anna Chase; a brother, Joe; a sister, Betty and her husband, Matt McCabe and a great grandson, Mason Cox.

"Notre Dame Victory March" Rally sons of Notre Dame Sing her glory and sound her fame Raise her Gold and Blue And cheer with voices true: Rah, rah, for Notre Dame We will fight in every game, Strong of heart and true to her name We will ne'er forget her And will cheer her ever Loyal to Notre Dame. Cheer, cheer for Old Notre Dame, Wake up the echoes cheering her name, Send a volley cheer on high, Shake down the thunder from the sky! What though the odds be great or small, Old Notre Dame will win over all, While her loyal sons are marching Onward to victory!
To order memorial trees or send flowers to the family in memory of Janet L. Weppler, please visit our flower store.