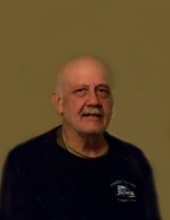 Jay Leonard Wittrock, the son of Walter “Dick” and Leona (Mattice) Wittrock was born on March 21, 1956 in Primghar, Iowa. He attended school in Primghar and graduated from Primghar High School in 1974. After he graduated, he furthered his education at Northwest Iowa Community College. Jay began farming with his dad and drove truck for many years. In his trucking career he put on almost five million miles. He drove truck for Marv Einck for many years and recently for Paul Schueller. After a brief battle with cancer Jay passed away on Friday, August 21, 2020 at his residence reaching the age of 64 years and 5 months.
Jay was a member of the United Church of Primghar. During his younger years he played slow pitch softball, mainly being the pitcher. He also drove in the Primghar Figure 8’s and enjoyed hunting.
Left to cherish his memory are his parents, Dick and Leona Wittrock of Sanborn; four brothers, Glen Wittrock of Sioux Falls, South Dakota, Daniel and Ladonna Wittrock, Fred Wittrock, both of Primghar and Rex and Becky Wittrock of Alta, Iowa; three nieces, Laura (Matt) Ballew, Debra Wittrock and Faith Wittrock; nephew, Adam Wittrock; also aunts, uncles, many cousins and friends.
Jay was preceded in death by his sister-in-law, Mary Lou Wittrock.
To order memorial trees or send flowers to the family in memory of Jay Leonard Wittrock, please visit our flower store.