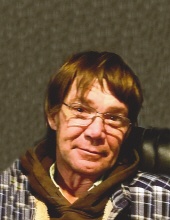 Burial will be in the St. John Lutheran Cemetery in Germantown.

MUSIC
“If Heaven Needed a Hero” sung by Alex Dykstra
CONGREGATIONAL HYMNS
“How Great Thou Art”
“Here I Am Lord”
“Savior Again To Thy Dear Name We Raise”
Organist: Jolene Erickson

Jeffrey Carlton Heithus, the son of Lloyd and Glenda (Cline) Heithus was born February 22, 1964 in Cherokee, Iowa. He received his education in Cherokee and graduated from Cherokee High School in 1982. While in high school Jeff worked for the Perrin Mink Farms. He went on to attend Northwest Iowa Community College in Sheldon where he received three degrees, Jeff was later a teacher at Northwest Iowa Community College for night classes. He worked at Vande Berg Scales in Sioux Center, Iowa and Wilson Pork and for the last 20 years he has been employed at Groschopp Inc. in Sioux Center, Iowa. On January 3, 2006 he was united in marriage to Brenda Dykstra Vander Werff in Orange City, Iowa. The couple made their home in Sioux Center, Iowa until moving to Germantown, Iowa to make their home. He passed away on Monday February 15, 2021 after being stricken at his home at the Orange City Area Health System reaching the age of 56 years 11 months and 23 days.
He was baptized on March 15, 1964 and later confirmed on May 14, 1978 he was currently a member of the St. John Lutheran Church in Germantown. He enjoyed family times including the family July 4th celebrations which included driving for hayrides, boating, scuba diving, and working on his home.
Jeff is survived by his wife Brenda Heithus of Germantown, Iowa; children Kaylah Vander Werff of Sheldon, Iowa; Jeffrey David Heithus of Germantown, Iowa and Cassidy Joy Heithus of Sheldon, Iowa; his mother Glenda Heithus of Paullina, Iowa; brothers and sisters Tammera Kruse of Germantown, Iowa; Lloyd Jr.(Butch) Heithus of Crestview, Florida; Malinda Thompson of Paullina, Iowa; David Heithus of Paullina, Iowa and Brian Heithus of Milford, Iowa; his parents in-laws Henry and Carolyn Dykstra of Archer, Iowa and a sister-in-law Christina Goetzke of Archer, Iowa also other relatives and many friends.
He was preceded in death by his father Lloyd Heithus and a niece Marissa Heithus.
To order memorial trees or send flowers to the family in memory of Jeffrey C. Heithus, please visit our flower store.