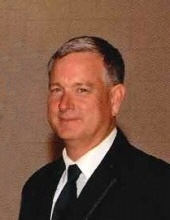 Jerry gave the gift of hope through the Iowa Donor Network.

After today’s graveside service, relatives and friends are invited
to join the family at the Primghar Emergency Services Building.


Jerome (Jerry) Milo Schueller, 61, of Primghar, passed away tragically on Sunday, October 6. He died as a result of injuries sustained during a motor vehicle accident while driving a couple of his favorite people (two grandsons) to one of his favorite places (his parent’s house), which he did most Sundays.
Jerry's funeral service will be held at 2:00 P.M. on Sunday, October 13, 2019 at St. Anthony's Catholic Church in Primghar with Father Tim Hogan ~ officiating.
Burial will be at Calvary Cemetery in Primghar.
Visitation with family present will be from 1 - 4 P.M. on Saturday, October 12, 2019 at St. Anthony's Catholic Church in Primghar.

Jerry was born to Herbert and Berdella Schueller on February 5, 1958. He grew up in Primghar along with his five siblings, and graduated from Primghar High school in 1976. Jerry earned his associate’s degree from Iowa Lakes Community College and later his bachelor’s degree in education from Buena Vista College. He was self employed as a truck driver and farmer at the time of his death.

Jerry married Deb Mudder in 1978, and together they raised three children. He was the proud, loving protector of his two sons, Travis (Kristin) Schueller of Armstrong, and Joseph (Brook) Schueller of Spencer; and his daughter, Katie (Cole) Leiding of Primghar.
He was a collector of all things, especially cars, spare parts, Green Bay Packer gear and margarine containers. He loved a good bargain for himself, but would spare no expense for others.

Lastly, the title he genuinely loved the most was “Papa” to his grandchildren -- Kale, Ava, Landyn, Macie, Knox, Laythe, Ella and Avery.