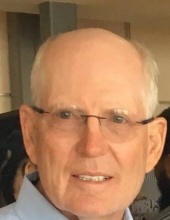 John Burggraaff age 79 of Sioux Falls, South Dakota and formerly of the Inwood and Sheldon, Iowa area passed away on Saturday, September 17, 2022 at the Sanford Medical Center in Sioux Falls, South Dakota. His Funeral Service will be Saturday, September 24, 2022 at 10:30 A.M. at the First Reformed Church in Sheldon, Iowa with Rev. Kevin Gingerich ~ officiating.

Visitation will be from 9:30 until the time of service at on Saturday, September 24, 2022 at the First Reformed Church ~ Sheldon

Burial will be in the East Lawn Cemetery in Sheldon

“How Great Thou Art”

JOHN BURGGRAAFF, the son of Arie and Elizabeth “Betty” (Int’ Veld) Burggraaff was born August 8, 1943 on a farm near Boyden, Iowa. He attended school in Sheldon and graduated from Sheldon High School. He was united in marriage to Margaret Ann Zegars in December of 1963 in the Bethel Reformed Church in Sheldon. John spent most of his life farming near Inwood, Iowa, where he raised cattle. In his retirement years John worked as a Director of Transportation for a pharmacy in Sioux Falls, South Dakota. He passed away on Saturday, September 17, 2022 at the Sanford Medical Center in Sioux Falls, SD, reaching the age of 79 years, 1 month and 9 days.

John was a past member of the Bethel Reformed Church in Sheldon, Iowa. He loved to be out in nature and was an adventurer, he was an athlete, enjoyed bicycling, he was an avid rock climber, he enjoyed ranching and raising cattle, and was a passionate motorcycle rider.

He is preceded in death by his parents.

To order memorial trees or send flowers to the family in memory of John Burggraaff, please visit our flower store.