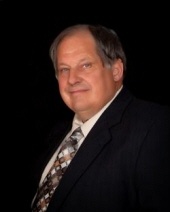 After the graveside service relatives and friends are invited to join the family at the Paullina American Legion Hwy 10 in Paullina.

John Francis Muller, the son of Francis and Mary Lou (Shea) Muller was born February 9, 1951 in LeMars, Iowa. He received his education at Remsen St. Mary’s and graduated from high school in 1969. He attended and graduated from Westmar College in LeMars, Iowa and did graduate study at the University of Iowa. On August 22, 1972, he was united in marriage to Jane Vondrak in LeMars, Iowa. The couple spent a short time in Iowa City before moving to Paullina in May of 1975. The Muller family started the Muller Furniture and Carpet Store in Paullina, which John operated up until the time of his death. He passed away on Wednesday, January 29, 2014 at the Mercy Medical Center in Sioux City reaching the age of 62 years, 11 months and 20 days.
He was a member of St. Anthony’s Catholic Church in Primghar. He was an active member of the Paullina community with service on the City Council, Chamber of Commerce, Paullina Golf Club, Lion’s Club and Russell West of the American Legion. He served on the Baum-Harmon Mercy Hospital Foundation Board in Primghar and the Iowa State Bank Community Board in Paullina.
John leaves to mourn his passing his wife, Jane of Paullina; two sons, Jason and his wife, Theresa Muller and Jared and his wife, Sara Muller all of Peoria, Arizona; a daughter, Jennifer Muller and her special friend, Ron Suarez of Merrick, New York; four grandchildren, Ryan, Alyssa, Kaylee and Samuel; his mother, Mary Lou Muller of Tempe, Arizona; two brothers and their wives, Dr. James and Linda Muller of Manhattan, Kansas; Dr. Philip and Valentina Muller of Sioux City, Iowa; three sisters, Barbara and her husband, William Champion of Tucson, Arizona; Ann Muller of San Antonio, Texas and Joan and her husband, Dan Carlson of Fairfax, California; also nieces, nephews, other relatives and many friends, who will cherish their many memories of John.
He was preceded in death by his father, Francis Muller; brother, William in infancy; his in-laws, Eugene and Eileen Vondrak; brother and sister in-law, Paul Harpenau and Mary Lou (Harpenau) Gergeni.


God saw he was getting tired,
And a cure was not to be.
So He put His arms around him,
And whispered, “Come with Me.”

A golden heart stopped beating,
Hard working hands to rest.
God broke our hearts to prove to us,
God only takes the best.
To order memorial trees or send flowers to the family in memory of John Francis Muller, please visit our flower store.