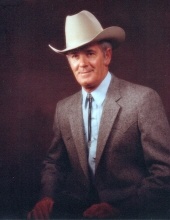 Visitation with family present
will be from 5 - 7 P.M.
on Friday, July 27, 2018
at Eldridge Family Funeral Home in Paullina.

CONGREGATIONAL HYMNS
“The Old Rugged Cross”
“In The Garden”
“Because He Lives”
Organist: Jolene Erickson

Arrangements are under the care of the
Eldridge Family Funeral Home; Paullina, Iowa.
JOHN E. “JACK” BARNES
John E. “Jack” Barnes the son of Rex and Elizabeth (Winkelman) Barnes was born on April 27, 1928 in Primghar, Iowa. He was baptized at Primghar Congregational Church on March 28, 1937 and later confirmed as an adult in 1951 at Zion Lutheran Church in Paullina. He received his education from Primghar School and graduated from Paullina High School in 1945. He enlisted in the United States Army on April 1, 1946 serving on the Mountain Troops Ski Patrol and was honorably discharged on October 1, 1947. After his discharge he married his high school sweetheart Carolyn Meyer on September 11, 1949 at Zion Lutheran Church in Paullina. Most of the couple’s life was spent in the Paullina area where they raised their three children and Jack worked for Northern Natural Gas. Upon early retirement Jack and Carolyn remodeled their acreage and Jack went to be a supervisor inspector on the pipeline. They spent half time at their acreage and the other half at Valle del Oro in Mesa, Arizona. The couple moved to an assisted living in Perry, Iowa before Carolyn’s passing on January 20, 2017. Jack later moved to Pearl Valley in Sutherland where he passed on Tuesday, July 24, 2018 reaching the age of 90 years, 2 months and 27 days.
Jack was a member of Zion Lutheran Church in Paullina. He was also a member of Russell West Post American Legion, Lion’s Club and Toast Masters.
Jack is survived by his three children, Lonna Szczesny and her friend, Pat Rozek of Maple Lake, Minnesota; Lori and Dennis Petersen of West Des Moines, Iowa and Tony and Linda Barnes of Washington, D.C.; four grandchildren, Sami (Allan) Szczesny-Dale, Jeremy (Kristi) Petersen, Suzi Petersen and John Barnes; three great grandchildren, Anna Belle Petersen, Lizzie and Desmond Petersen; brother-in-law, Mel Gaudian; also other relatives and friends.
Jack was preceded in death by his parents, son-in-law, Robert Szczesny, great grandson, Cameron Fabritz, brother, James (Ardis) Barnes and sister, Geraldine Gaudian.

God saw he was getting tired,
And a cure was not to be.
So He put His arms around him,
And whispered, “Come with Me.”

A golden heart stopped beating,
Hard working hands to rest.
God broke our hearts to prove to us,
God only takes the best.
To order memorial trees or send flowers to the family in memory of John "Jack" Barnes, please visit our flower store.