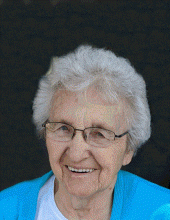 Kathleen W. Zylstra
Sheldon, Iowa
Kathleen W. Zylstra, age 91, of Sheldon passed away on Friday, June 4, 2021 at Fieldcrest Memory Care Unit in Sheldon, Iowa. Her Funeral Service will be at 10:30 A.M. on Thursday, June 10, 2021 at First Christian Reformed Church in Sheldon with Rev. Jesse Walhof ~ officiating.
Burial will be in the East Lawn Cemetery, Sheldon, Iowa.
Visitation with family present will be from 5 – 7 P.M. on Wednesday, June 9, 2021 at First Christian Reformed Church.
in Lieu of flowers memorials may be directed to Love INC. or the Sheldon Christian School

The service will be live-streamed on First Christian Reformed Church's website.

Arrangements are under the care of the Andringa Funeral Home – Sheldon.

In Lieu of flowers memorials may be directed to
Love INC. or the Sheldon Christian School

After today’s graveside service relatives and friends are invited to join the family for a time of fellowship
in the fellowship hall of the church.

Arrangements are under the care of the
Andringa Funeral Home – Sheldon.
Kathleen Wilhelmina Zylstra was born on January 23, 1930, the daughter of Joe and Winnie (De Jong) Smit on a farm near Hospers, Iowa. She attended a country school near Sheldon for a few years and finished her education by graduating from the Sheldon Christian School. Kathleen, at an early age, helped take care of her six younger siblings while at home. She also worked at Britzman's Ladies Clothing Store before she was united in marriage to Andrew “Andy” Zylstra on November 8, 1955, in the First Christian Reformed Church in Sheldon. The couple made their home on a farm east of Sheldon, where she raised her children, while helping Andy with the farm. In later years, she enjoyed volunteering her time at the Treasure Chest in Sheldon. Kathleen passed away on June 4, 2021, at the Fieldcrest Memory Care Unit in Sheldon, Iowa reaching the age of 91 years, 4 months, 12days.
Kathleen was a member of the First Christian Reformed Church in Sheldon, where she was active in the Couples Club and Ladies Aid. She found pleasure working on puzzles, playing cards, fishing with family and friends, spending time outdoors gardening, growing flowers, and riding horses. Kathleen relished being in nature and never met an animal who didn't love her. As a farmer's wife, she valued her life in the country, but most of all she cherished spending time with her children, grandchildren, and great-grandchildren. Andy and Kathleen stayed on the farm until about 14 years ago, when they sold the farm and moved into Sheldon, where they lived until moving into Fieldcrest Assisted Living Facility in Feb 2020.
Those left to treasure her memory is her husband of 65 years, Andy; their 3 children, Rick (Lori) Zylstra of Sheldon, IA; Karla (Chad) Hansmann of George, IA; Shelley (Jairus) David of Omaha, NE; 9 grandchildren, Shane (Lindsay) Zylstra; Kelsey (Ted) Gibbons; Kayla (Jordan) Bucholz; Amber Jacobson; Eric Jacobson; Christopher Hansmann; Adriana David, Brennan David, and Blake David; 6 great-grandchildren, 5 brothers and sisters: Fran (Ed) Boer of Byron Center, MI; Betty Elgersma of Sibley, IA; Jerry (Linda) Smit of Lowell, MI; Roger (Phyllis) Smit of Prescott, AZ and Marilyn (Robert) Hoogeboom of Grand Rapids, MI; and numerous nieces and nephews.
She was preceded in death by a son; Lynn Zylstra, her parents, a brother; James Smit, a sister-in-law; Jennie Smit, and brothers-in-law, Pierson Elgersma, Jack Zylstra.
To order memorial trees or send flowers to the family in memory of Kathleen Wilhelmina Zylstra, please visit our flower store.