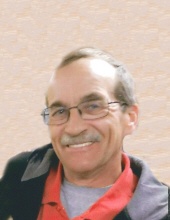 Kim A. Ochsendorf
Boyden, Iowa
Kim A. Ochsendorf, age 62, of Boyden, Iowa passed away on Sunday, February 7, 2021 at the Sanford Sheldon Medical Center in Sheldon. His services will be 10:30 A.M. on Thursday, February 11, 2021 at the United Presbyterian Church in Boyden with Rev. Andrew Hilla ~ officiating.
Burial will be at Sheridan Township Cemetery in rural Boyden, with Military Rites by the William Munster Post American Legion Post #272 of Boyden.
Visitation will be after 4:00pm on Wednesday, February 10, 2021 with family present will be from 5:00 – 7:00 P.M. at the Vander Ploeg Funeral Home in Boyden.

Social distancing guidelines will be followed as well.
Arrangements are under the care of the Vander Ploeg Funeral Home in Boydenn.
Online condolences may be sent to www.vanderploegfunerals.com

IN LOVING MEMORY OF
KIM A. OCHSENDORF

MUSIC
“Amazing Grace; My Chains Are Gone”
“Go Rest High On That Mountain”
Sung by Clark Moret
CONGREGATIONAL HYMNS
Processional: “How Great Thou Art”
Recessional: “It Is Well With My Soul”
Organist: Harriet Fiihr

Arrangements under the care of the
Vander Ploeg Funeral Home; Boyden, Iowa
Kim Alan Ochsendorf, son of Alvin and Doris (Ormseth) Ochsendorf was born August 13, 1958 in Canby, Minnesota. He attended school in Canby until 1969. At that time the family moved to Sheldon, Iowa. He graduated from Sheldon High School in 1977. He joined the Iowa National Guard in 1976 and served for 21 years. He was united in marriage to Stephanie Krahling on June 14, 1980 in Sheldon, Iowa. The couple lived their entire married life in Boyden and were blessed with 2 children. Kim and Stephanie celebrated their 40th wedding anniversary in 2020. Kim passed away on Sunday, February 7, 2021 at Sanford Sheldon Medical Center in Sheldon, Iowa reaching the age of 62 years, 5 months and 25 days.
He worked at Demco as a Paint Team Leader for 41 years. He served on the Boyden Area Fire Department for 25 years, 12 of those years he was Fire Chief. He also was a City Council member for a number of years. He was a member of the Boyden American Legion. He also served on numerous boards for the City of Boyden. He was a member of the Boyden United Presbyterian Church. Kim and Steph served as janitors there for 24 years. Kim served as a trustee and just recently as an elder. He loved spending time with his family and especially his grandkids. You could often find him riding around Boyden with a grandchild or three in his Sling Shot or golf cart. Kim also enjoyed camping and golfing with his family and friends. He was always willing to help anybody out.
Kim is survived by his wife, Stephanie of Boyden; a daughter, Rachel and her husband, Ryan Bolkema of Hull, IA; a son, Eric and his wife, Becky Ochsendorf of Hull, IA; 3 grandchildren; Calen Bolkema, Micah Ochsendorf, and Jada Ochsendorf; mother-in-law Marvella Krahling of George, IA; brother, Larry and his wife, Jan Ochsendorf of Apple Valley, MN; sister, Kaye and her husband, Gene Eilers of Canby, MN; brother, Dave Ochsendorf of Sheldon IA; sister, Lisa and her husband, Vernell Buyert of Sheldon, IA; sister-in-law, Kandy Guse of Sheldon, IA; and numerous nieces and nephews.
He was preceded by death by his parents, Alvin and Doris, brother, Mike, and father-in-law, Dennis Krahling.
To order memorial trees or send flowers to the family in memory of Kim Alan Ochsendorf, please visit our flower store.