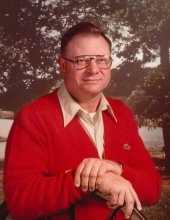 LeRoy C. Pingel, age 90, of Cherokee, Iowa passed away on Monday, July 11, 2022, at Cherokee Specialty Care in Cherokee, Iowa. A graveside service will be held at 11:00 A.M. on Saturday, August 6, 2022 at Prairie View Cemetery in Paullina with Rev. Donald Meyer ~ officiating. Military rights will be presented by the Russell West Post of the American Legion.


Arrangements are under the care of the Eldridge Family Funeral Home in Paullina.

LeRoy C. Pingel
LeRoy Charles Pingel was born October 28, 1931 on his parent’s farm north of Cleghorn, Iowa. He attended and graduated from the Cleghorn school. After graduation from high school, he was drafted into the Army and spent two years in Korea on active duty. Upon his returning from service, he began farming with his father Chris, and married Luann Wagner from Sanborn, they had two sons, LeDoyle of Grundy Center, Iowa and LeDen of Cleghorn, Iowa. The couple later adopted two girls LaNee and Lorale. In 1975 he married Beulah May Anderson, the couple moved to Paullina and enjoyed retirement there. They loved to travel by car and bus trips hitting nearly every state in the continental United States. Le Roy loved his coffee at Lange’s café and later at the convenience store in Paullina.
LeRoy passed away on Monday July 11, 2022 in Cherokee, Iowa reaching the age of 90 years 8 months and 13 days.
He was a member of the Zion Lutheran Church in Paullina and the Russell West Post of the American Legion of Paullina.
Survivors include his wife Beulah of Spirit Lake, Iowa, two sons LeDoyle of Grundy Center, Iowa LeDen and his wife Faith of Cleghorn, Iowa; three grandchildren and five great grandchildren also numerous family and friends.
He was preceded in death by his parents Chris and Lena older sister Velma and several infant children.


To order memorial trees or send flowers to the family in memory of LeRoy Charles Pingel, please visit our flower store.