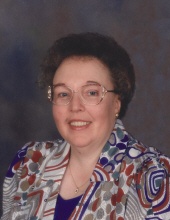 Visitation
will be from 10:00 am until the time of service
Wednesday, July 24, 2019
at Our Savior Lutheran Church
Sheldon, Iowa.


CONGREGATIONAL HYMNS
“In The Garden”
“How Great Thou Art”
“What a Friend We Have in Jesus”
Keyboard: Gayle Ten Haken

LINDA L. ANDERSEN
Linda Lee Andersen the daughter of William C.H. and Hattie (Johnson) Bannick was born February 4, 1943 in Sibley, Iowa. She grew up on a farm near Sibley, Iowa, where she attended school graduating from Sibley High School in 1961. She was united in marriage to Donald D. Andersen on February 14, 1970 in Ashton, Iowa. To this union a son, William was born. The couple made their home in Sheldon for 10 years before moving to Orange City, Iowa. The couple moved back to Sheldon in 1990. Linda had worked for Data Dimensions for several years. Her husband preceded her in death on April 20, 2009 in Sheldon. She remained in Sheldon and lived in several places before becoming a resident of the Sanford Senior Care in March of 2019. She passed away at Senior Care on Saturday, July 20, 2019 reaching the age of 76 years, five months and sixteen days.
She was a member of the Our Savior Lutheran Church in Sheldon. She was a former leader of TOPS and volunteered in many places.
Linda is survived by a niece, Clara Bannick of Rock Valley, Iowa, also cousins, other relatives and friends.
She was preceded in death by her husband Donald, son, William on June 24, 2012, her parents, a brother, Roger and his wife, Jeanette.
To order memorial trees or send flowers to the family in memory of Linda L. Andersen, please visit our flower store.