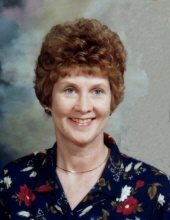 
After today’s graveside service, relatives and friends are invited
to join the family in the fellowship hall of the church.


Linda Rae Boehnke was born August 3, 1941 to Clifford R. Boehnke and Irene D. Boehnke (nee Eggen) in the Lutheran Hospital in Norfolk, Nebraska, the oldest of three children. She was baptized on August 31, 1941 at Christ Lutheran Church in Norfolk. In 1945, her family moved to Grand Island, Nebraska where she attended school and was confirmed at Trinity Lutheran Church on April 3, 1955. Linda graduated from Grand Island Senior High School in 1959. She attended Concordia Teacher’s College in Seward, Nebraska where she studied to be an organist along with her other classes in Elementary Education. She graduated from Concordia in the Spring of 1963. On July 21, 1963 Linda was married to college classmate Charles E. Brockmann, at her home church of Trinity Lutheran in Grand Island, her uncles Pastor Max Heinz and Pastor Robert Harms co-officiating the service.

She and Charles took teaching positions at Zion Lutheran Church in Pierce Nebraska. Linda taught grades 3, 4, and 5 for two years before starting a family. In 1965 son John was born, followed by daughter Susan in 1967.

In 1970, Linda and her family moved to Germantown, Iowa and became members of St. John Lutheran Church. Linda was active in the church, often playing the organ for worship services, weddings and funerals, directed the church choir, and was involved in the Ladies Aid, Nite Lites and LWML, including the braille ministry of which Linda was particularly fond.

After staying home for several years to raise her children, Linda sold Rubbermaid products on the party plan. She then took a position doing bookkeeping at Larson, Binder and Skinner Law Office in Paullina, IA where she continued to work for 25+ years until retiring in 2003.

Linda loved playing and listening to music. She enjoyed plays, shows, playing cards and traveling and looked forward to spending time with family, especially her grandchildren. In later years, she was a member of the “Ten Tiny Town” group that made many journeys around the state of Iowa, to tiny towns and to bigger ones as well. She often with a smile on her face recalled stories of the Tiny Town group’s adventures.

Linda was diagnosed with dementia in 2003 and the disease slowly took its toll on her body and her mind. She was lovingly cared for at home for several years by husband, Charles. She entered the Prairie View nursing home in July 2012 and passed away there, after a lengthy battle with Alzheimer’s Disease on September 28, 2018.

Linda is survived by her loving husband of 55 years, Charles; her two children, John (Lisa) of Palatine, IL and Susan Overturf of West Des Moines, IA ; a sister Ellyn (Jim) Dillon of Canton, OH and a brother Charles Boehnke of Waterloo, NY. Also two grandchildren, Grace and Eric Brockmann of Palatine; a brother-in-law Don (Becky) Brockmann of Hartley, IA; 3 step-granddaughters, Brooke (Sean and family) Metz of Littleton, CO, Jessica (Nick and family) Netsch of Urbandale, IA, and Katie (Andrew and family) Kelly of Marion, IA; an aunt, Jody Eggen of Vancouver, WA, nieces, nephews and many beloved family and friends. Linda was preceded in death by her father and mother, many aunts and uncles.
To order memorial trees or send flowers to the family in memory of Linda R. Brockmann, please visit our flower store.