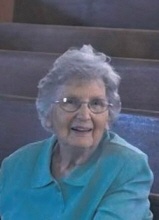 Marjorie Jean Terrell Fisch, age 93, of Paullina, died Tuesday, December 20, at the Sutherland Care Center. Jean, as she was commonly known, was born January 29, 1923, in Des Moines, Iowa, to William and Ada Terrell. She graduated from East High School in Des Moines in January 1941. She worked for Port Huron Machinery Co. and later for Des Moines General Hospital while attending Drake University in 1944. In January 1946, she entered Iowa State College, where she met Harrison Fisch of Gaza, Iowa. They were married December 26, 1948, in Des Moines, before both graduated from Iowa State in 1949. They then moved to East Lansing, Michigan, where Harrison taught at Michigan State University, and Jean worked for the American Council on Education until her first son, Brian, was born in 1951. The family lived in Cali, Colombia, South America, from late 1952 to 1955 while Harrison worked for Michigan State training Colombian college students in agricultural engineering. In 1955, the family returned to the Fisch family homestead near Gaza where Harrison resumed farming. Jean worked at home for many years, where she was a prodigious gardener, each year putting up a bounty of food for her family. She later worked part time outside the home for several years, including jobs at the Paullina Times and Primghar Hospital medical records office.
She was a member of the Friendship Study Club, the OBrien County Art Club and Iowa Artists, and Peace Links. She especially loved reading, theater and music. She treasured her association with the Society of Friends at Mapleside, and the company of her dear kaffee klatch friends.
Jean, an applied art major in college, continued to paint for many years, and enjoyed creating and being surrounded by beauty. She helped design the couples home that Harrison and their sons built near the Little Sioux River east of Sutherland, where they lived for nearly 30 years.
Jean was preceded in death by her husband. They had been married 59 years at the time of his death in November 2008. After his death, she moved to Paullina. In recent years, she has enjoyed the care at the Sutherland Care Center. Jean was the youngest of 10 siblings, all of whom preceded her in death, including brothers Vaughn, Hubert, William and John; and sisters, Lenora, Mary, Maxine, Retha, and Coralie.
She is survived by four children, Brian Fisch of Paullina, Iowa; Jonathan Fisch (Luellen Phelps) of Primghar, Iowa; Mary (Thomas) Greene of Cherokee, Iowa and Martha (David) Buns of Minneapolis, Minnesota; two grandchildren, Rebekah (Louis) DeWild of Des Moines, Iowa and Michael (Chelsea) Fisch of Sutherland, Iowa; and two great-grandchildren, Henry and Irene DeWild.

Eldridge Family Funeral Home is in charge of arrangements.

Memorials may be made to one of Jeans favorite charities,
the American Friends Service Committee,
or to St. Croix Hospice,
which provided excellent end-of-life care.
To order memorial trees or send flowers to the family in memory of Marjorie Jean Fisch, please visit our flower store.