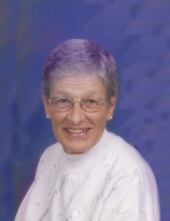 Marlys Engelhardt
Sheldon, Iowa
Marlys Engelhardt, age 84, of Sheldon, Iowa who passed away on Friday, November 6, 2020 at the Prairie View Home in Sanborn, Iowa. Her arrangements are pending with Andringa Funeral Home in Sheldon at a later date.
Online condolences may be made to the Family at www.vanderploegfunerals.com
Marlys J. Engelhardt
Marlys Jean Engelhardt was born on August 21, 1936 at home in Sheldon, Iowa the daughter of Edgar and Alice (Kamphoff) Glessner. She grew up in Sheldon, attending the Sheldon School System, she graduated from Sheldon High School and graduated from Northwestern College with her Teaching Certificate. Marlys started teaching in Spirit Lake, Iowa. She was united in marriage to Richard Engelhardt on November 27, 1957 in Spirit Lake, Iowa. The couple moved back to Sheldon in the late 1960’s. Marlys stayed at home with the kids when they were young, then she worked as a teachers aid, Sheldon Auto, NITC (Northwest Iowa Community College), and for 20 years she worked as a Residential Advisor at the Village Northwest retiring in 2010. Richard preceded her in death on August 15, 2018. Marlys moved to Prairie View Nursing Home in of October 2019, she passed away at Prairie View on Friday, November 6, 2020 reaching the age of 84 years, 2 months and 16 days.
Marlys was a member of the First Reformed Church in Sheldon, where she was a member of the Bell Choir, the adult choir, taught Sunday School and was on the work groups. She was a volunteer at the Sheldon Historical Society, she enjoyed playing POGO, reading poetry and loved baking, she always had fresh bars and cookies ready for family and friends whenever they would show up.
Marlys is survived by her children, Vicki Slocum of Harrisburg, South Dakota; Sherri (Daryl) Boogerd of Sheldon; Jeff (Laura) Engelhardt of Indianola, Iowa and Scott (Kagendo) Engelhardt of Las Vegas, Nevada; 8 grandchildren, 9 great-grandchildren, 2 sisters, Carol McGilvrey of Sheldon; Colleen Taranik of Las Vegas, Nevada; a brother, Glenn (Lareva) Glessner of Quincy, Illinois; and a sister-in-law and husband, John & Jean Mulder of Shoreview, Minnesota. and other relatives and friends.
She was preceded in death by her husband, Richard; her parents, 3 brothers-in-law and 2 sisters-in-law.
To order memorial trees or send flowers to the family in memory of Marlys Jean Engelhardt, please visit our flower store.