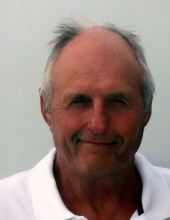 Visitation
will be after 4 P.M. on Wednesday, January 8, 2019
with the family present from 5 – 7 P.M.
at the Eldridge Family Funeral Home in Paullina.

Marvin L. Gerstandt, husband, father, grandfather, brother, friend, died January 4, 2020 at his farm in rural Paullina, Iowa. He was age 71. Marv was born February 6, 1948 in Cherokee, Iowa to Herman and Delores Gerstandt. He had two younger siblings Linda and Dennis. The family of five grew up on the family farm in the Larrabee area. Marv was confirmed in the United Church of Christ faith as a boy. He played varsity football and graduated in 1966 from Cherokee High School. Following graduation, he enlisted in the United States Air Force where he eventually achieved the rank of Sergeant E4 and served as a Nuclear Weapons Specialist. It was during his time in the Air Force that he met his future wife Cecilia and they were married March 14, 1970 in Wilmington, North Carolina. Together they had two children Joseph and Christine.
Upon completion of his time in the Air Force, he moved back to Northwest Iowa with his family and started farming. Marv and his family would move in September 1972 to their current farm where Marv and Cecilia raised their children. Marv loved to farm, taking meticulous care of his fields, livestock, equipment, and buildings. In his early years of farming Marv took night classes at Western Iowa Tech Community College and graduated with degrees in both Farm Management and Advanced Agriculture Production.
Marv’s faith was important to him. In 1990 Marv and Cecilia were baptized by immersion and through the years Marv served on numerous church boards and in numerous church capacities, serving alongside and with many dear friends. He also served for several decades on the Liberty Township Board.
Marv delighted in his kids and in becoming a grandparent. Some of his greatest joys were time spent with his grandchildren Mitchell, Meghan, Gillian, Oscar, and Hadyn. Four-wheeler rides, tractor rides and farming, games of Scrabble, Catan, monopoly, ping pong, shuffleboard, volleyball, barn ball, long conversations, pickleball, and much laughter and teasing are some of the cherished times Marv shared with his grandchildren.
Left to cherish his memory are his wife Cecilia, son Joseph Gerstandt of Omaha, NE, daughter Christine (Randy) Walker of Sioux Falls, SD, beloved grandchildren Mitchell and Meghan Walker, Gillian and Oscar Gerstandt, and Hadyn Knutson, sister Linda (Marv) Hoy of Prior Lake, MN, brother Dennis (Laurie) Gerstandt of Cherokee, Iowa, aunt Martha Swanson of Aurelia, IA, and many dear friends and extended family.
He was preceded in death by his parents.
To order memorial trees or send flowers to the family in memory of Marvin L. Gerstandt, please visit our flower store.