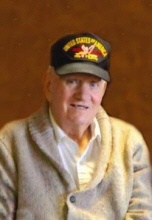 at the Eldridge Family Funeral Home in Paullina

C.D. Can I Have This Dance for the Rest of My Life

Russell West Post of the American Legion of Paullina

to join to family in the fellowship hall of the church.

Merle Leon Kuehl the son of Irene Kuehl Hoppe was born July 11, 1935 in OBrien County, Iowa. The family lived near Calumet, Iowa. He attended country school and then Calumet School. He then worked for farmers in the area. On June 9, 1954, he was united in marriage to Gerda Tesch in Calumet, Iowa. In 1954, he entered the United States Army where he served overseas in Germany. After his discharge the couple settled in Paullina, where he operated the Standard Gas Station for a while. He always enjoyed the farm and in 1964 the couple moved to a farm west of Germantown, Iowa and farmed for many years. He and Gerda operated many businesss including livestock and feeder pigs. Music was an important part of the couples lives as Merle played the Concertina in Merle Kuehls Old Time Band. Gerda preceded him in death on September 29, 1998 in Sioux City. Merle remained on the family farm and continued to farm until his retirement. He moved to the Happy Siesta Health Care Center in Remsen in 2015. He passed away at Happy Siesta on Tuesday, October 3, 2017 reaching the age of 82 years, 2 months and 22 days.

He was preceded in death by his wife, his mother and one brother, Donald Kuehl.
To order memorial trees or send flowers to the family in memory of Merle L. Kuehl, please visit our flower store.