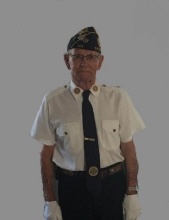 A private family graveside service will be held after the service at Gilman Township Cemetery in Ashton.

Visitation with family present will be from 10 A.M. until service time on Tuesday, December 28, 2021, at the church.

Masks are recommended for the visitation and service.

After today’s service, relatives and friends are
Invited to join the family in the fellowship hall of the church.

Merle Tennis Reekers, the son of Joseph and Martha (Nagel) Reekers was born on May 2, 1930, on the family farm in rural Ritter, Iowa. He attended country school through the 8th grade. On August 25, 1950, he was united in marriage to Maybelle Renken in Ashton, Iowa and to this union two children were born, Mike and Maxine. He was enlisted into the United States Marine Core in 1952 where he was honorably discharged. In 1974, Merle lost his wife and daughter. On December 2, 1976, Merle was married to Jeanette (Hickey) Kennedy. They made their home in Sheldon all their married life. Merle worked for the Big 4, Land O’Lakes and Van Wyk Trucking as a truck driver. They moved to Fieldcrest in March of 2021 and Merle moved to Sibley Specialty Care in November. He passed away on Friday, December 24, 2021, reaching the age of 91 years, 7 months, and 22 days.
Merle was a member of Sheldon United Methodist Church and McGlothlen-Cowie Post #145 of the Sheldon American Legion where he served as Sergeant in Arms for many years. He enjoyed to tinker on things, traveling to see his kids, motorcycle trips, truck rodeos and had obtained his pilot license.
Those left to cherish his memory are his wife, Jeanette Reekers, son, Mike (Rhonda) Reekers of Spirit Lake and their daughter, Katie (Jesse) Eckard and daughter, Jada; stepson, Rick (Peggy) Kennedy of Mechanicsville, Virginia and their children, Stacy (Brian) Vaughn and daughter, Megan of Marengo, Indiana, Joshua (Angela) Kennedy and Spencer (Brittany) Kennedy of Mechanicsville, Virginia, stepdaughter, Kathy (Ken) DeGroot of Council Bluffs, Iowa and their children, Teresa (Brian) List and their children, Carter, Gavin and Wyatt of Omaha, Nebraska and Matthew (Patrick Gomez) DeGroot of Los Angeles, California, stepdaughter, Connie (Gary) West of Mooresville, North Carolina and their children, Amanda (Noel) Gauthier, and their children, Finn, Fiona and Frances of Cincinnati, Ohio and Ashley West of Winston Salem, North Carolina; sisters-in-law, Margaret Reekers of Sheldon and Arlene Lang of LeMars, Iowa, Pat (Ron) Raynor of Dakota City, Nebraska. He was also survived by many nieces and nephews, other relatives, and friends.
Merle was preceded in death by his parents, wife, Maybelle, daughter, Maxine, brothers, George and Art (Angie) Reekers.
To order memorial trees or send flowers to the family in memory of Merle T. Reekers, please visit our flower store.