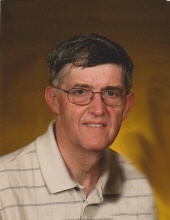 MUSIC
“On Eagle’s Wings”
“Healer of Our Every Ill”
“It Is Well With My Soul”
“Go My Children With My Blessing”
Pianist: Joanne Soodsma

NEAL N. HANSON
Neal Norman Hanson was born on December 17, 1944 in Sioux City, Iowa the son of Norman and Alma (Diddy) Hanson. He grew up in the Moorhead, Iowa area where he graduated in the first class of the East Monona Consolidated High School in Moorhead, Iowa. After high school he attended Iowa State University for a year, he then served in the United States Army during the Vietnam War from 1965-1968. On June 9, 1967, he was united in marriage to Karen Bergstrom in the Soldier Country Church near Soldier, Iowa. After his discharge from the service he came back to the Moorhead area and attended Dana College in Blair, Nebraska. The couple lived in Moorhead, where Neal volunteered as an EMT and worked in banking as a Loan Officer and day-to-day operations. He first worked at the Moorhead State Bank, then Farmers Savings in Boyden, Iowa State Bank in Hull until his retirement in 2004, and to keep busy after his retirement he worked for the Farmers Co-op in Boyden. Neal passed away on Monday, November 2, 2020 at the Sanford Sheldon Senior Care in Sheldon, Iowa reaching the age of 75 years, 10 months and 16 days.
Neal was a member of Hope Lutheran Church in Sioux Center, Iowa. He served on past church boards as president and treasurer and was active in bible study. He was a member of the William Munster American Legion Post #272 in Boyden and a past member of the Moorhead American Legion. He enjoyed bowling, camping, watching basketball games, and traveling; his favorite trip was to Norway and Sweden. His favorite pastime was spending time with his family and grandchildren.
Neal is survived by his wife of 53 years, Karen; and their 2 daughters, Emily (Jonathan) Meyer of South Shore, South Dakota and Marit (Lee) Patten of Ankeny, Iowa; 6 grandchildren, Elizabeth, Matthew, Rachel and Isaac Meyer; Henry and Sadie Patten; a sister, Marlys Hanson of Omaha, Nebraska; 2 sisters-in-law, Elaine Bergstrom of Logan, Iowa, and Cyndi Sanders of Amarillo, Texas and other relatives and friends.
He was preceded in death by his parents.
To order memorial trees or send flowers to the family in memory of Neal Norman Hanson, please visit our flower store.