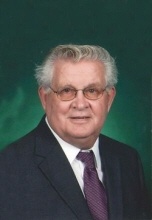 Memories From The Family
Leah Berkner

PHILIP WILLIAM SIMM
Philip William Simm was born to Richard and Florence Simm on February 24, 1936 in Paullina, Iowa. He was welcomed home by his brother Wallace (Betty) Simm and sister, Frances (Leonard) Koch. Philip married Muriel Kuiper, October 10, 1954. His life was blessed with children, Terry (Dawn) Simm, Belinda (Scott) Lowry, Amy (Craig) Jorgensen, Matthew (Jill) Simm, honorary son, Steve (Sharla) Rupert and AFS son, Gheysika Agambila. Philips family continued to grow with the addition of thirteen grandchildren Sara, Scott, Samantha, Katie, Maureen, Tim, Alexandra, Holly, Leah, Kayla, Danielle, Grant, and Lauren.
As a life-long farmer, Philip loved the life he had from farming with son Terry, family vacations, building his dream log home with Mike Hohbach, to golfing with Potsie, eating sweet corn, to giving it away to neighbors and friends. He was creative and enjoyed working in his shop, rebuilding or make new items from scratch. He and two buddies, Rod Rausch and Joe Innis, formed SIR Trio to manufacture tractor cabs, farrowing crates and cattle guards. It was always said, if Philip showed you his press in the shop, you were in as a friend. He was an accomplished silversmith, a skill perfected at Ghost Ranch and he delighted in creating jewelry for Muriel and the family. Philip also enjoyed traveling, hunting, and fishing.
Philip was a member of the Presbyterian Church, an ordained elder, served as a deacon, trustee and helped with Youth Club; was active in Farm Bureau, a Past President of the Wonderland Theatre, and a member of Paullina Lions. He loved his community and worked on projects at the lake and mowed along the bike path.
Philip was a loved husband, father, grand and great-grandfather. He felt so blessed with his 19 Greats Eleanor, Brielle, Vivian, Evelyn, Vincent, Madison, Averie, Andrew, Alayna, Oliver, Hailey, Emma, Chloe, Lilly, Leona, Braxton, Brock, Zane, and Zoey. Philips love of his life was Freckles and was so proud of his family.
He is preceded in death by his parents, Richard and Florence (Rohwer) Simm and Edna (Linder) Simm.
A Farmers Hands
Hands that are large and tough
from many years of rugged, outdoor work.

Hands with fingers sensitive to music,
but too thick to strike just one key
on the piano, or a single string on a violin.

Hands that are versatile,
simultaneously wielding an ax and swiping
a fistful of pinch berries from a nearby bush.

Hands that clasp themselves habitually in
prayer giving thanks for food, for rain, for
sun, for late frosts, early springs, good yield,
for soil, for health, for a newborn pig.

Hands that are gentle, marveling at the softness
of a furry kitten, rescuing a killdeers nest
from the path of the plow, patting the
shoulder of a disappointed child.

Hands that are inventive, twisting, pounding,
pinching, until a machine is fixed,
shaping an idea into something useful.

Hands that are tired from over a half century of
tilling, planting, weeding and harvesting.

Hands that we loved, a farmers hands,
our dads, our grandpas
and our great-grandpas.
To order memorial trees or send flowers to the family in memory of Philip W. Simm, please visit our flower store.