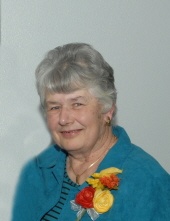 Phyllis G. Diekevers, age 75, of Sheldon, Iowa and formerly of Boyden, Iowa who passed away on Saturday, November 21, 2020 at Sanford Sheldon Medical Center in Sheldon Iowa. Her service will be at 10:30a.m. on Wednesday, November 25, 2020 at United Presbyterian Church in Boyden, Iowa with Rev. Andrew Hilla ~ officiating.

Burial will be in Sheridan Township Cemetery in Boyden, Iowa.

Visitation with the family present will be from 9:30-10:30a.m. on Wednesday, November 25, 2020 at United Presbyterian Church in Boyden

Masks will be required for both the visitation and the service.
Social distancing guidelines will be followed as well.
The service will be live streamed on the Eldridge/Vander Ploeg Funeral Homes Facebook page

Arrangements are under the care of the Vander Ploeg Funeral Home – Boyden.

MUSIC
Processional: C.D. “In The Garden”
sung by Alan Jackson
CONGREGATIONAL HYMNS
“Great Is Thy Faithfulness”
Recessional: “God Be With You Till We Meet Again”
Organist: Laura Van Meeteren

After the graveside service relatives and friends
are invited to join the family at the
DEMCO Community Building.

Phyllis Glenda (Roos) Diekevers was born on October 2, 1945 to Arie and Bernice (Vos) Roos in Orange City, Iowa. She received her elementary education at a country school until middle of 4th grade when her family moved and then continued her education at the Hospers Community School and graduated from Floyd Valley High School. She was united in marriage to Arthur Diekevers at her parent's home near Hospers, Iowa on March 3, 1967. Art and Phyllis celebrated their 50th wedding anniversary in 2017. They moved to the family farm south of Boyden and lived their entire married life there. She remained living on the farm even after Art's death on March 13, 2017. She moved to Fieldcrest Assisted Living in Sheldon on March 20, 2020.
She attended the First Reformed Church in Hospers until her marriage to Art. She then became a member of the United Presbyterian Church in Boyden, IA. She loved being outside and helping work on the farm and being a waitress at a small diner in a nearby town. She enjoyed having a garden during the summer and her flowers for many years. Her greatest love was playing softball on local teams, golfing, bowling, and later baseball with her grandsons. She loved to bake, especially her famous chocolate cake.
She is survived by two sons: Greg (Dori) Diekevers and Gary (Angie) Diekevers all of Boyden, IA; four grandchildren: Mitchell (Kalie), Alex, Whitley, and Tanner; two sisters: Harriet (Ron) Van Kalsbeek of Hospers, Iowa and Linda (Bill) Hartman of Mesa, Arizona and one sister-in-law Anita (Jim) Kray of Boyden, Iowa; also other relatives and many friends.
She was preceded in death by her husband, Art, granddaughter, Lauren Faith Diekevers, Art's parents and her parents.
To order memorial trees or send flowers to the family in memory of Phyllis G. Diekevers, please visit our flower store.