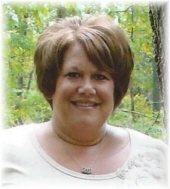 Ranae Lundgren, age 51, of Sheldon, Iowa, passed away on Thursday, December 29, 2016 at her home in Sheldon. Funeral Services will be Tuesday, January 3, 2017 at 11:00 A.M. at the United Methodist Church in Sheldon. Rev. Kevin Gingerich and Rev. Denny Heitbrink officiating. Visitation will be Monday, January 2, 2017 from 4:00 to 8:00 P.M. with the family present from 6:00 to 8:00 P.M. at the Andringa Funeral Home Sheldon Funeral Service in Sheldon. Ranae Frances Lundgren was born on December 8, 1965 in Sheldon, Iowa. She was the daughter of Lyle Sr. and Marlene (Ossenfort) Lundgren. She lived her youth in Sheldon where she attended school and graduated from Sheldon High School. She attended NCC in Sheldon and received an associate's degree. Ranae worked at Casey's General Store for 9 years, as a manager. She was very firm and fair to those around her. Ranae loved to have fun with her friends and family, especially her four beautiful grandchildren. She looked for the good in everyone and was sensitive to their feelings and had a calming effect on people. Ranae gave to others without thinking of herself. She was engaged to Mark J. Rector of Sheldon, Iowa. Mark introduced her to bowling, golfing, and being a Hawkeye fan, which Ranae really enjoyed. She also enjoyed music, fishing, and loved her German Shepherd dog. She was a member of the United Methodist Church in Sheldon. Ranae will be remembered as a loving mom who took special time to have devotions for herself and with her family and children to remind them how much God loved them. She passed away on Thursday, December 29, 2016 at her home in Sheldon. Those left to cherish her memories are her daughter, Rebecca A. (Chris) Joens and her 4 children, Hunter Joens, Noah Joens, Jackson Joens, and Anna Grace Joens all of Warrenton, MO; 2 sons, Ryan J. (Marissa) Mordick of Sioux Falls, SD, and Nathan A. Mordick of Sheldon, IA; her fianc�, Mark Rector of Sheldon, IA; 2 brothers, Lyle Jr. (Mary) Lundgren of Orange City, IA, Troy Lundgren of Tupelo, MS; 4 sisters, Tina Terrel of Cherokee, IA, Connie Lundgren of Sheldon, IA, Barb Farrell of Sutherland, IA, Pam (Mark) Caboth of Estherville, IA; several nieces, nephews and friends. She was preceded in death by her parents, Lyle Sr. and Marlene Lundgren. In Loving Memory of Ranae Lundgren Born: December 8, 1965 Passed Away: December 29, 2016 Age: 51 years and 21days FUNERAL SERVICE Tuesday, January 3, 2017 at 11:00 A.M. United Methodist Church, Sheldon, Iowa Family Prayer Service at 10:45 A.M. OFFICIATING Rev. Kevin Gingerich and Rev. Denny Heitbrink MUSIC Pianist: Wil George Tricia Meendering, singing: "Oceans" Heidi Brown, singing: "I Can Only Imagine" Congregational Songs "Amazing Grace" "In the Garden" CASKET BEARERS Caleb Caboth Curtis Caboth Kordel Sohn Andrew Lundgren Paul Lundgren Alec Rector Jason Hughes Chad Van Meeteren Nate Reece HONORARY CASKET BEARERS Sarah Hughes Rita Van Meeteren Christy Caboth Savannah Lundgren Following the Funeral Service, the family invites all for lunch and fellowship at the church. ARRANGEMENTS BY Andringa Funeral Home Sheldon Funeral Service Larry R. Andringa, Funeral Director

To order memorial trees or send flowers to the family in memory of Ranae Lundgren, please visit our flower store.