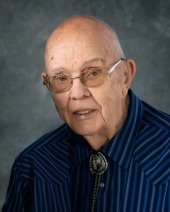 Masks are required for the visitation and the church service
And social distancing guidelines will be followed.
Online condolences can be sent to eldridgefamilyfuneralhomes.com

IN LOVING MEMORY OF
RICHARD A. EVENSON

Arrangements under the care of the
Eldridge Family Funeral Home; Primghar, Iowa
Richard Allen Evenson was born on November 23, 1933 in Plessis, Iowa to Jake and Ethel (Gilbertson) Evenson. They moved to the family farm when Richard was six months old and he lived there 87 years, until his death.
Richard was confirmed at the Grace Lutheran Church, Primghar, Iowa in 1948. He attended the Archer Consolidated School and was Class President when he graduated in 1952. He was active in basketball, baseball, and was a member of the band, playing the trumpet. After graduation he farmed with his dad, until his dad’s death. On April 3, 1959 Richard and Ardith Drenth were married at the St. Paul Lutheran Church in Sheldon, Iowa. That is when the Drenth girl came to live on the farm with the Evenson boy for 61 years. To this union they were blessed with four children, Mary, Jane, Dave, and James.
Richard retired from farming in 1994. He also worked part-time for Vander Werff and Associates Auctions for 27 years. In his spare time, he helped his children with their swine projects in 4-H and was also a leader of the Baker Bearcats 4-H Club for many years. Richard enjoyed the fair so much; you could see him working security at the fair until 2016. He also served on the boards for the Archer Coop Grain Co., CML Telephone, and was on the Grace Lutheran Church Council for many years, including serving as President. He also helped his wife, Ardith, run the Archer Cafe in the 80’s.
Richard was proud of his Massey Harris tractor collection, his 1949 Chrysler, and his 1970 Pontiac Catalina convertible. Richard enjoyed attending the Figure 8 races every year in Primghar for over 35 years. He also enjoyed watching NASCAR. Richard and Ardith put many miles on their car attending sporting events, concerts, dance recitals, graduations, and weddings for their children, grandchildren, and great-grandchildren.
Richard is survived by his wife, Ardith. His children, Mary Raveling, Jane (Jeff) Long, Dave (Katy) Evenson, and James (Laura) Evenson. His grandchildren Brad (Danielle Kruger) Raveling, Tony Raveling, Crystal (Nick) Origer, Josh (Stacie) Long, Kyle Long, Anne (Tim) Brinkman, Mackenzie (Ryan) Jenness, Jacob (Shelby) Evenson, Kyler Evenson, Ashley (Dan) Haken, Amber (Jason) Foster, Morgan (Bjorn) Bade, Tyler Evenson, Alexa Evenson and 20 great-grandchildren.
He was preceded in death by his parents, Jake and Ethel Evenson, father and mother-in-law Nick and Grace Drenth, son-in-law Loni Raveling, grandson Brennan Evenson, great-grandchildren Emerson Jenness and May Jenness.
To order memorial trees or send flowers to the family in memory of Richard Allen Evenson, please visit our flower store.