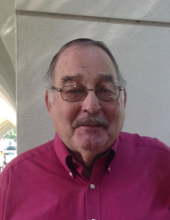 Richard “Dick” Wm. Bahrenfuss, age 81, of Sheldon, Iowa passed away on Tuesday, May 4, 2021 at Sanford USD Medical Center in Sioux Falls, South Dakota. His service will be at 1:00pm on Thursday, May 20, 2021 at the Andringa Funeral Home in Sheldon, Iowa with Rev Kevin Gingerich ~ Officiating.

Burial will be in the Hillside Cemetery in Doon, Iowa with Military Honors conducted by the McGlothlen – Cowie Post #145 of the Sheldon American Legion.

Visitation with the family present will be from 12:00 noon until the time of service on Thursday, May 20, 2021 at the Andringa Funeral Home in Sheldon, Iowa

Memorials may be directed to: St. Joseph’s Indian School in Chamberlain, SD
and or the Disabled American Veterans

The Service will be Livestreamed on the Vander Ploeg Facebook Page
on Thursday, May 20, 2021 at 1:00pm

CONGREGATIONAL HYMNS
“What A Friend We Have In Jesus”
“Amazing Grace”
Organist: Barb Burns

Memorials may be directed to:
St. Joseph’s Indian School in Chamberlain, SD
and or the Disabled American Veterans

Arrangements are under the care of the
Andringa Funeral Home - Sheldon.
RICHARD W. BAHRENFUSS
Richard “Dick” William Bahrenfuss was born September 18, 1939 to Henry and Dorothy (Lape) Bahrenfuss, in Alvord Iowa. He attended school in Doon, Iowa and graduated from Doon High School in 1958. He joined the United States Navy after high school and served on the USS Independence from 1958 – 1961. After his discharge from the service, he returned home and was united in marriage to L. Michele Nagel on March 12, 1961. They lived most of their married life in Sheldon. Richard was a truck driver by trade and hauled freight for multiple carriers during his career, He was even awarded the Million Mile – Accident-Free Award. His wife Michele preceded him in death on November 20, 2002. Richard remained in his home until moving to Sanford Sheldon Senior Care in March of 2021. He passed away on Tuesday, May 4, 2021 at the Sanford USD Medical Center in Sioux Falls, SD reaching the age of 81 years, 7 months and 16 days.
Dick was a member of the United Methodist Church in Sheldon. He enjoyed camping and fishing and going to the College Baseball World Series in Omaha, Nebraska. But most of all he enjoyed attending his grandchildren’s events.
Those left to cherish his memory are his three children, Mark Bahrenfuss of Ft. Dodge, IA; Brett (Renae) Bahrenfuss of Sioux Falls, SD and Tamara (Don) Golden of Lithia, FL; five grandchildren, Derek (Ashley) Bahrenfuss; Dalton Bahrenfuss; Drew, Ella and Anna Golden and a great-granddaughter, Teagyn Bahrenfuss; five brothers and sisters, Sharon (John) Buss of Colton, SD; Ron (Sharon) Bahrenfuss of Sheldon, IA; Gayle Herzog of Peoria, IL; Roger (Vel) Bahrenfuss of Sioux Center, IA and Sue Bahrenfuss of Sioux Falls, SD; other relatives and many friends.
He was preceded in death by his wife, Michele; his parents, a brother, Doug and a brother-in-law, Jerry Herzog.
To order memorial trees or send flowers to the family in memory of Richard "Dick" Wm Bahrenfuss, please visit our flower store.