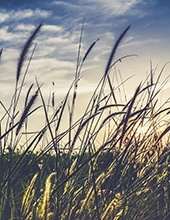 Services for Richard L. Grosshauser, age 88, of rural Paullina, a long time O'Brien County Dairy Farmer who passed away on Thursday, December 16, 2021, at the Methodist Hospital in Des Moines, Iowa.
A private family graveside service will be held on Tuesday, December 21, 2021, at Prairie View Cemetery in Paullina with Rev. Donald Erickson ~ officiating.
A memorial service will be held at a later date at St. John Lutheran Church in Germantown.
In lieu of flowers, memorials are asked to be sent to St. John Lutheran Church in Germantown or a church or charity of your choice.
Arrangements are under the care of the Eldridge Family Funeral Home in Paullina.

Richard Leroy Grosshauser, the son of Fred H. and Agnes Ida (Meseck) Grosshauser was born in rural O’Brien County, Iowa. He was baptized April 30,1933 and confirmed on May 25, 1947, at St. John Lutheran Church in Germantown. He attended through the 8th grade at St. John Lutheran School and graduated from Paullina High School in 1951. He attended Iowa State College and received his bachelor’s degree in Ag Business in 1955. He was drafted in the United States Army on May 9, 1956, and at Ft. Bliss Texas being honorably discharged on February 20, 1958, and was in the Army Reserves until May of 1962. Richard was a dedicated Brown Swiss Dairy Farmer which he did on the family farm until his retirement in 1994.
Richard was united in marriage to Marilyn Brubaker on December 26, 1994, at the Memorial Union Chapel at Iowa State University. The couple made their home on the Grosshauser family farm. Richard passed away on December 16, 2021, at Iowa Methodist Medical Center at the age of 88 years, 8 months, and 3 days.
Left to cherish Richard’s memory are his wife Marilyn of Paullina; three stepchildren and their spouses; eight grandchildren and two nieces.
Richard was preceded in death by his parents and a sister, Audrey Keller.
To order memorial trees or send flowers to the family in memory of Richard L. Grosshauser, please visit our flower store.