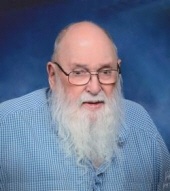 Visitation with the family present will be from
5:00 7:00pm Friday, March 10, 2017
St. Patrick Catholic Church at in Sheldon,
with a Christian Wake Service at 7:00pm
and a Knights of Columbus Rosary at 7:30pm.
The Vander Ploeg Funeral Home is in charge of the arrangements

CONGREGATIONAL HYMNS
May The Road Rise To Meet You
Be Not Afraid
Come With Me Into The Fields
You Are Mine In Every Age
Song of Farewell
O Danny Boy
Cantor: Tyler Youngers
Organist: Laurie Youngers

After the graveside service, relatives and friends are invited to join
the family in the fellowship hall of the church for dinner

ROBERT P. MCCARTY
Robert Patrick McCarty, Uncle Bob, a lifelong resident of Sheldon, died March 7, 2017, at the Sanford Sheldon Senior Care Center at 92. The son of Vetus C. and Agnes (Cajacob) McCarty, he was born on the family farm on September 18, 1924. Following graduation from Sheldon High School in 1942, he began his farming career with his father helping produce food supplies for our nation at war while four brothers were in military service. From January 1946 through September 1947 he was called to serve in the US Army Second Division 23rd Regiment Company B at Fort Lewis in Washington State. Upon completion of his military service he resumed a farming career which endured until his retirement in 1989. His family and a number in the community referred to him as Uncle Bob, a term of endearment. As his mobility declined he sometimes needed some assistance, and Bob was often heard to remark, The people of Sheldon are so good to me.
Bob served on the Sheldon Community Hospital Board for 30 years. Other community activities included memberships in Prairie Queen Kiwanis, Knights of Columbus, American Legion, OBrien County Democrats, OBrien County Pork and OBrien County Beef Producers. He also served as a 4-H leader.
Bob is survived by his sisters, Jean Abels, Buckeye, AZ; Patricia Rodkewich, New Brighton, MN and Margaret Peggy Naughton (Robert), Houston, TX; as well as sisters-in-laws, Regina McCarty, Rockford, IL; Rita McCarty, Hartley, IA; Carol McCarty, Sheldon, IA; Theresa Pape McCarty, Albuquerque, NM and Theresa Penning McCarty, Centerville, IA. Uncle Bob is survived by fifty-five nieces and nephews who are his surrogate children.
Preceding him in death were his parents, brothers, Francis J. McCarty, J. David McCarty, William M. McCarty, Thomas M. McCarty, Charles A. McCarty and sister, Elizabeth Betty Youngers.
A special thank you to the staff at Sanford Sheldon Senior Care
where he spent his final years.
Charitable donations given in his memory will be directed to Sanford Sheldon Hospital Foundation or the St. Patricks School Foundation.

May the road rise to meet you.
May the wind be always at your back.
May the sun shine warm upon your face,
the rains fall soft upon your fields,
and, until we meet again,
may God hold you in the palm of His hand.