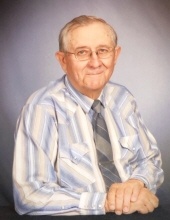 Robert L. Puhrmann
Paullina, Iowa
Funeral services for Robert L. “Bob” Puhrmann, age 80, of Paullina who passed away on Wednesday, July 15, 2020 at Sanford USD Medical Center in Sioux Falls, South Dakota. His funeral service will be 10:30 A.M. on Monday, July 20, 2020 at Zion Lutheran Church in Paullina with Rev. Donald Meyer ~ officiating.
Burial will be at Prairie View Cemetery in Paullina.
Visitation with family present will be from 5 – 7 P.M. on Sunday, July 19, 2020 at the Eldridge Family Funeral Home in Paullina.
Social distancing guidelines will be followed.

Robert Lee Puhrmann, the son of Bently and Ruby (Meyer) Puhrmann was born June 24, 1940 on the family farm near Paullina, Iowa. He attended school in Paullina graduating with the class of 1958 from Paullina High School. He then began farming. On September 18, 1960, he was united in marriage to Nancy Ellen Gieser at the St. Paul Lutheran Church in Hartley, Iowa. After their marriage the couple farmed northwest of Paullina for many years. In 2010, the couple moved into Paullina to make their home. Nancy preceded Bob in death on November 12, 2019 in Sioux City, Iowa. Bob remained in the family home and entered the Sanford Medical Center in Sioux Falls, South Dakota, where he passed away on Wednesday, July 15, 2020 reaching the age of 80 years and 21 days.
He was baptized on July 14, 1940 and later confirmed on June 6, 1954, he was a lifelong member of the Zion Lutheran Church in Paullina. He had served on the church council and was active in the Pairs and Spares of the church. He had served in the Iowa National Guard, Paullina Farmers Co-op Board and a member of the O’Brien County Cattleman’s. He enjoyed bowling and was a member of the Alley Kats and the Paullina Farmers Co-op team.
Bob is survived by two sons and their wives, Kevin and LuAnn Puhrmann of Paullina, Iowa and Steve and Debbie Puhrmann of LeMars, Iowa; five grandchildren, Kimberly Puhrmann of Lake Johnson, Texas; Kayla Puhrmann of Lincoln, Nebraska; Kyle (Lisa) Puhrmann of Paullina, Iowa; Stephanie Puhrmann of Carroll, Iowa and Lisa Puhrmann of LeMars, Iowa; five great grandchildren, Kade and Levi Puhrmann of Paullina, Iowa; Leelyn and Lillian Abler of LeMars, Iowa and Emma Harms of Lake Johnson, Texas; one sister and her husband, Phyllis and Gerald Lange of Sutherland, Iowa; sister-in-law and her husband, Sandra and Ron Zelewski of Orange City, Iowa and a brother-in-law and his wife, Tom and Gail Gieser of Sheldon, Iowa also other relatives and many friends.
He was preceded in death by his wife and parents.
To order memorial trees or send flowers to the family in memory of Robert "Bob" Puhrmann, please visit our flower store.