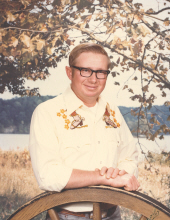 Burial will be in the East Lawn Cemetery in Sheldon, Iowa.

Visitation with the family present will be from 9:30 am until the time of service on Monday, September 20, 2021 at the Crossroads Pavilion Event Center in Sheldon Iowa.

Rodney Dean Dykstra was born to Wilbert and Anna (De Leeuw) Dykstra on February 20, 1946 in LeMars, Iowa. He grew up with his parents and sister, Shirley, on a farm between Sioux Center and Orange City until he was eight, when they moved to the family farm south of Sheldon where he lived until he graduated from Sheldon High School in 1965. While still living at the family farm, he worked as a welder for a few years at Tolman’s in Orange City. He met the love of his life, Lu Ann Olson as he saw her walking down the street during his lunch hour. They were married November 7, 1970 in Orange City and moved back to the family farm in 1971 where he operated a dairy until 1986. After his dairy operation, he continued farming along with working as a welder at Demco until his retirement in 2014. After retirement he became an expert, self-taught wood worker, designing and building beautiful and unique cabinets, furniture, and knick-knacks.

Rodney worshipped in a Christian home fellowship. He enjoyed many interests through the years including photography; taking photos of weddings and graduations. He enjoyed his Belgian draft horse team which he used to plant and cultivate a few acres for fun and shared enjoyment of horses with friends and family through wagon rides and community pony rides. He loved to go on tractor rides in various rural communities and down county roads with friends, sharing coffee and stories. As a Grandpa and Dad it gave him great joy to target shoot with his Grandchildren and to simply be with his family.

Rodney was preceded in death by his parents and 3 brothers-in-law, Earl Welty, Loren Olson and Eugene Meyer.

Words will never be enough to express the depth of quality that was his character, and his love for God and his family.
To order memorial trees or send flowers to the family in memory of Rodney Dykstra, please visit our flower store.