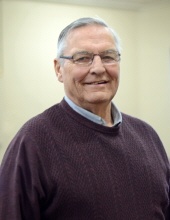 Rodney Van De Brake
Sheldon, Iowa
Funeral services for Rodney Van De Brake, age 79, of Sheldon who passed away on Sunday, August 9, 2020 at Ava’s Hospice House in Sioux Falls, South Dakota. His funeral will be 11:00 A.M. on Wednesday, August 12, 2020 at Immanuel Christian Reformed Church in Sheldon with Rev. Kevin Muyskens ~ officiating.
Burial will be at East Lawn Cemetery in Sheldon.
Visitation with family present will be from 10 A.M. until service time at the church Wednesday, August 12, 2020.
Arrangements are under the care of the Andringa Funeral Home – Sheldon.
Social distancing guidelines will be practiced.

In lieu of flowers, memorials may be directed to:
Sheldon Christian School or
Immanuel Christian Reformed Church.

RODNEY VAN DE BRAKE
Rodney Van De Brake, the son of Gerald and Ruth (Snip) Van De Brake was born on February 14, 1941 in Pierre, South Dakota. When Rod was six, the family moved to Sheldon. He attended Sheldon Christian School through the 8th grade. He then began working with his father on the farm. In 1961, Rod was united in marriage to Carolyn Van Gelder and to this union three daughters were born, Lisa, Melanie and Rhonda. Rod farmed and milked cows through the 1980’s and then moved to Sheldon where he began working at DEMCO in Boyden. He remained there until his retirement in 2005. He continued to live in Sheldon and later moved to the Christian Retirement Home. On Sunday, August 9, 2020, Rod passed away at Ava’s Hospice House in Sioux Falls, South Dakota reaching the age of 79 years, 5 months and 25 days.
Rod was a member of the Immanuel Christian Reformed Church. He volunteered through Love Inc. where he drove people to appointments. He loved going to the Iowa Great Lakes and jet ski. He enjoyed his ice cream and talking with everyone; he especially loved playing games with family and family get togethers.
Left to cherish Rod’s memory are his three daughters, Lisa and Brien Keltner of Anamosa, Iowa, Melanie and John Polen of Hastings, Nebraska and Rhonda Van De Brake of Pipestone, Minnesota; twelve grandchildren; ten great grandchildren; his brother, Lynn (Cindy) Van De Brake of Sheldon; sister, Janice Smith of Cutlerville, Michigan; also other relatives and friends.
Rod was preceded in death by his parents, sister, Velma Verbrugge and brother, Grant Van De Brake.
To order memorial trees or send flowers to the family in memory of Rodney L. Van De Brake, please visit our flower store.