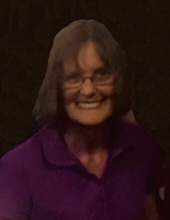 Burial will be at a later date in St. Paul Lutheran Cemetery in Sheldon, Iowa.

Visitation with the Family Present will be after the service on Friday, June 17, 2022 at the Eagles Club in Sheldon.

The Andringa Funeral Home in Sheldon, Iowa is in charge of arrangements.
Online condolences may be made to the Family at www.vanderploegfunerals.com

VISITATION
Visitation will follow the memorial service at the Eagle’s Club in Sheldon.

After today’s service, relatives and friends are invited to join the family at the Eagle’s Club in Sheldon.


Sandra Kay Junge, the daughter of Burdette and Adeline (Ebel) Traver was born September 14, 1953, in Paullina, Iowa. She grew up and received her education in Paullina graduating from Paullina High School in 1972. After High School, Sandy attended Northwest Iowa Vocational School, receiving her certification as a Nurse’s Aide. She worked at Wide View Nursing Home in Paullina and Cherokee Mental Health for four years as a CNA. On June 26, 1976, she was united in marriage to Boyd Junge at the Zion Lutheran Church in Paullina, Iowa. The couple first made their home in Sanborn, Iowa for five years before moving to Sheldon in 1981 to make their home. To this union two sons were born, Kelsey and Justin. Sandy stayed at home and raised her sons before going to work at Village Northwest for several years and later at the Hy-Vee Store all in Sheldon before her retirement. She remained in the family home until ill health made her move to Speciality Care Nursing Home in Sibley, Iowa. She passed away there on Thursday June 9, 2022, reaching the age of 68 years eight months and twenty-five days.
She was a member of St. Paul Lutheran Church in Sheldon. She enjoyed spending time with her family, playing cards, doing crossword puzzles, crocheting dollies, afghans, cross stitching, making rag rugs and bowling. Sandy loved to laugh, and her laughter was very contagious.
Sandy is survived by her husband Boyd Junge of Sheldon; and two sons; Kelsey (Filiz) Junge and their children Gabriella, Adriana and Jordan all of Hills, Minnesota; Justin (Ashlee) Junge and their children Jace and Jaxon of Sioux Falls, South Dakota; her mother Adeline Traver of Paullina, Iowa; her siblings Pam (Bruce) Simm of Paullina, Iowa; Steve Traver of Paullina, Iowa; Sheryl (Verlyn) Scheerhoorn of Sanborn, Iowa; Shelley (Steve) Samuelson of Spirit Lake, Iowa; Deb (Doug) Ebel of Paullina, Iowa; brothers-in-law Vernon (Connie) Junge of Sioux City, Iowa; Hiene (LaVonne) Junge of Watertown, South Dakota; and sisters-in-law Peggy Junge of Williamstown, New Jersey; June Junge of Inwood, Iowa; also many nieces and nephews and other relatives and friends.
She was preceded in death by her father Burdette Traver, father and mother in-law Fritz and Marion Junge of Inwood, Iowa; brother and sister in-laws; Leslie and Bonnie Junge; Jerry and Shorty Junge and Virgil Junge.

To order memorial trees or send flowers to the family in memory of Sandra K Junge, please visit our flower store.