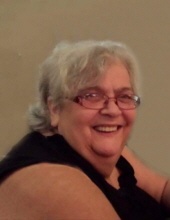 Funeral services for Sandra “Sandy” Pearson, age 68, of rural Granville and formerly of Orange City who passed away on Saturday, April 2, 2022, at Sanford USD Medical Center in Sioux Falls, South Dakota. Services will be at 10:30 A.M. on Wednesday, April 13, 2022, at New Hope Evangelical Free Church in Orange City with Pastor Jeff Whitt ~ officiating.

Burial will be at a later date at Prairie View Cemetery in Paullina.

Visitation with family present will be from 5 to 7 P.M. on Tuesday, April 12, 2022, at the Eldridge Family Funeral Home in Paullina.

MUSIC
“Over the Rainbow”
“Amazing Grace”

Sandra “Sandy” Lee Pearson the daughter of Leslie and Maxine “Deanie” (Rogers) Richter was born January 5, 1954 at Fort Belvoir, Virginia while her dad was stationed in the Army. After his discharge the young family returned to Iowa to a farm outside of Granville, Iowa. Sandy received her education in Paullina graduating from Paullina High School in 1972. She attended Northwestern College in Orange City for a short time. On June 15, 1974, she was united in marriage to Carvell Richard Pearson in Hartley, Iowa. They made their home in Ruthven, Spencer, Columbus Junction, and Orange City. Sandy had many jobs working at a lawyer’s office, in a bank, Roth Meats and Deli, Tysons-Advance Brands, RVK Redemption Center and Dutch Bakery but most important was raising her four children Lezlie, Amanda, Elizabeth and Andrew. Sandy was preceded in death by her husband Carvell on April 26, 2013 in Sioux Center, Iowa. She remained in Orange City until moving to the family farm outside of Granville, Iowa. She passed away on Saturday, April 2, 2022 at the USD Sanford Medical Center in Sioux Falls, South Dakota reaching the age of 68 years, two months and twenty-seven days.
She enjoyed music, singing and playing, movies, swimming, cross stitch and most especially spending time with her grandchildren.
Sandy leaves to cherish her memory her children; Lezlie Pearson and Amanda (Lee) Moerman of Orange City, Iowa; Elizabeth Siepka of Colton, South Dakota and Andrew Pearson of rural Granville, Iowa; seven grandchildren, Michael, Jonathan (Aaliyah), Jessica Moerman, Curtis and Lukaus Pearson, Skylar and JR Siepka; a great granddaughter, Oaklii Stephenson, her mother-in-law, Charlotte “Shy” Pearson of Hartley, Iowa; also other relatives and friends.
She was preceded in death by her husband, Carvell, son-in-law, Nik Siepka, parents, Les and Deanie Richter, a brother, Blair Richter, father-in-law, Curtis Pearson.

To order memorial trees or send flowers to the family in memory of Sandra "Sandy" Pearson, please visit our flower store.