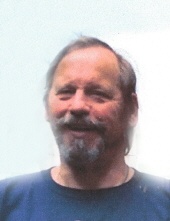 Services for Scott A. Rohwer, age 64, of Spencer, formerly of Archer who passed away on Friday, September 16, 2022, at Avera McKennan Hospital in Sioux Falls, South Dakota. A celebration of life visitation will be from 5 to 7 P.M. on Thursday, September 22, 2022, at the Eldridge Family Funeral Home in Paullina.

Burial will be at a later date in Prairie View Cemetery in Paullina.

At a later date

Scott Allan Rohwer, the son of Merrill and Patricia (Kraft) Rohwer was born on July 2, 1958, in Sheldon, Iowa. He attended Paullina Schools and graduated from Paullina High School in 1977. After graduation he continued his education at Northwest Iowa Community College in Sheldon for Diesel Mechanics. Scott worked for Ewoldt Motor Company in Primghar, Rosenboom Machine and Tool in Sheldon, and Shine Bros in Spencer. Scott married Barb Kreibaum and to this marriage two children were born, Sarah and Matthew. Scott passed away on Friday, September 16, 2022, at Avera McKennan Hospital in Sioux Falls, South Dakota reaching the age of 64 years, 2 months, and 14 days.

Scott is survived by his two children, Sarah, and Matthew Rohwer, both of Primghar; siblings, Bernard and Susan Rohwer of Paullina, Melissa Rohwer of Cherokee, Iowa and Rebecca and Pawel Jankowski of Paullina; many nieces and nephews other relatives and friends.

Scott was preceded in death by his parents.

To order memorial trees or send flowers to the family in memory of Scott A. Rohwer, please visit our flower store.